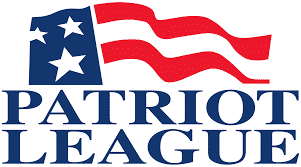 The Patriot League was founded in 1986 and provides students with the chance to compete in NCAA Division I level intercollegiate athletics programmes. The league also ensures education is at the forefront. By doing so the student-athletes involved are expected to maintain high academic standards and represent their intuitions well. In return they are given the chance to grow both academically and personally. As a result, participants are prepared to become leaders and to make meaningful contributions to society.

Student-athletes have plenty of sports to choose from with 24 different sports in total. That number is split between sexes, with 11 sports available to men and the other 13 to female athletes.

The League is clearly enjoying great success and hopefully will do for years to come. Today’s Scholar-Athletes, Tomorrow’s Leaders is the mantra which they abide by. All the evidence points towards the Patriots League being the place to create great athletes, leaders and academics. It is an athletic-academic programme that is unrivalled anywhere else in the world.