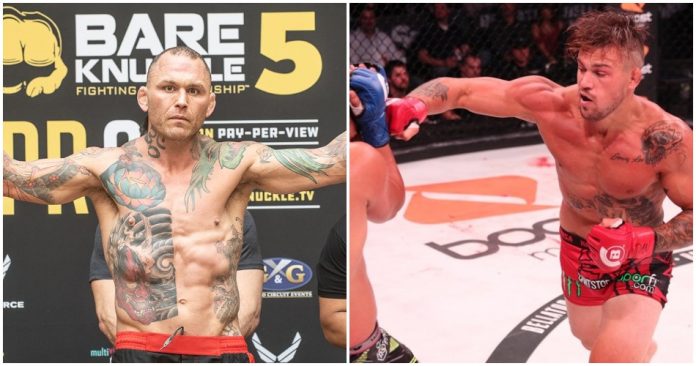 Brennan Ward plans on performing in his Bare Knuckle FC debut the same way he did in mixed martial arts (MMA) — swinging for the stars.

Ward will finally make his debut for the promotion when he takes on former UFC middleweight Chris Leben at BKFC 6 on June 22 in Tampa, Florida. And the former Bellator star, who has nine knockouts in 14 wins and has only been the distance once, believes this fight is also destined to end with a finish:

“If you watch any of my MMA fights, you know I come out hard, I come out fast,” Ward told MMA Junkie. “I’ve never been one to – I’ve been to the third round one time in my career. I come out fast and hard, I swing for the stars, get knocked out, or I knock somebody out. Nothing is going to be different.”

Ward retired from MMA in 2017 following a two-fight losing streak. He was on the receiving end of a devastating flying knee against Paul Daley at Bellator 170. Then, he was submitted by Fernando Gonzalez at Bellator 182.

Ward has no plans to return to MMA for now, and claims his only form of competitive combat will solely be with his bare knuckles.

BKFC 6 will be headlined by a grudge match between former boxing champion Paulie Malignaggi and former UFC featherweight Artem Lobov.