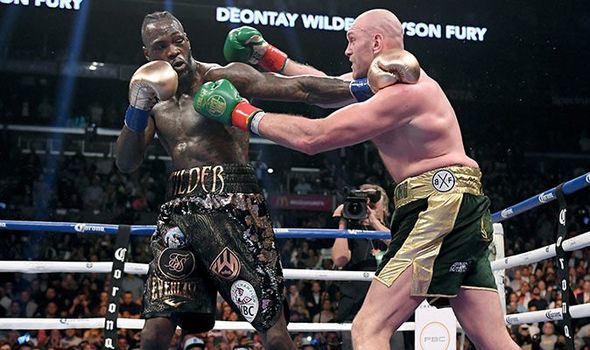 So much for April 27 as a possible date for the Deontay Wilder vs. Tyson Fury WBC heavyweight title rematch.

According to Wilder’s co-manager Shelly Finkel, the April 27 date is now off the table (h/t Boxing Talk).

Wilder and Fury fought to a controversial split draw in their first go-round last December. After the classic fight, the WBC ordered a rematch. However, a May 18 date was shot down and now April 27 is a no-go. The WBC will now reportedly begin to put pressure on both boxers’ managers.

“I have personally been in communications with both parties regarding the matter,” WBC President Mauricio Sulaiman said in a recent interview with Sunsport.

“Both have expressed that there goodwill negotiations and are moving in direction. I will continue to monitor and will assess by Monday if there is for WBC intervention. The goal is always for promoters to reach agreements and this is a very important fight for the world of boxing and it is our duty to exhaust all remedies to reach the goal.”

Anytime astronomical sums of money are on the line it takes a long time for both parties to get on the same page. That being said, these men are largely responsible for reviving heavyweight boxing. So hopefully everyone plays well and we get this fight sometime in the first half of 2019.

Boxing’s stagnating heavyweight division has seen a strong revival thanks to Wilder, Fury, and Anthony Joshua. Yet the inability to get the potentially huge fights made could halt that momentum.