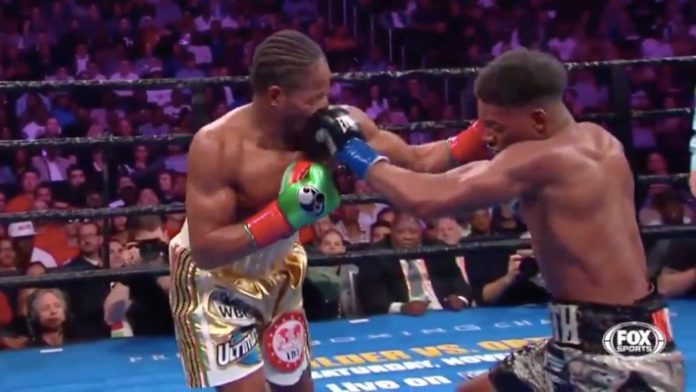 It was a great night of boxing from the Staples Center in Los Angeles, California. Errol Spence Jr. stepped into the ring with Shawn Porter for 12 rounds, with both men’s titles, the IBF and WBC welterweight belts, on the line.

Spence and Porter put on a 12-round dogfight from start to finish. Both men laid into the other with heavy leather and didn’t let up at all as the fight progressed. However, the tone of the bout changed when Spence pulled off the first and only knockdown of the night. Despite the setback, Porter got back to his feet and went right back into the trenches with Spence.

When it was all said and done, the judges were needed to determine the winner, and gave the nod to Spence via split decision. Now, Spence reigns as the IBF and WBC welterweight boxing champion of the world. Obviously, Spence would like to challenge himself against WBO welterweight champion Terence Crawford next. It remains to be seen if their respective promoters can make such a fight happen.

Check out some of the highlights from their epic clash, and Fight Of The Year candidate, below.

What did you think of the war that Spence and Porter put on tonight?