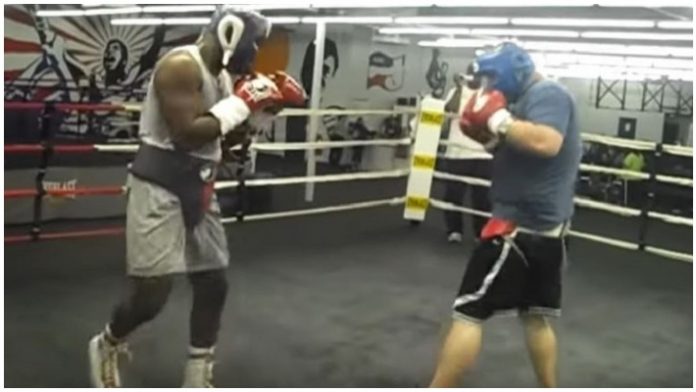 Four-time heavyweight champion Evander Holyfield has explained why sparring a 19-year-old Andy Ruiz made him realize it was time to retire from boxing. The 57-year-old has been speaking out after it was revealed he would be making a surprise comeback to the sport.

‘The Real Deal’ told Boxing Scene that despite fighting on until 2011, he actually realized his career was coming to a close in 2008. Holyfield had sparred future world heavyweight champion Andy Ruiz and did well, but not well enough against someone who looked so physically bad, Holyfield explained.

“I realized [retirement] years ago. I had reached my goals. I was a small heavyweight. Today the guys are a lot bigger, and their reflexes are a lot faster,” said Holyfield. “I did good [against Andy Ruiz], but I thought I was supposed to beat him [in sparring]. I realized that something has to be wrong for a guy to look like that and challenge me.”

In the same interview, Holyfield spoke about how he’d do in the various other eras in boxing history. Despite being one of the smaller heavyweight champions he is confident he’d be able to compete in any and all of them.

“I never was a big guy. I never was an aggressive [personality] guy, but I could be aggressive. It wasn’t my first nature,” said Holyfield. “When boxing is all you’ve done your whole life, that’s what makes you successful. There were a lot of things I didn’t have, but I was good at boxing. My mother told me, ‘you have to be thankful for what you can do, and stop worrying about what you can’t do.’”

How do you think a fight between prime Evander Holyfield and Andy Ruiz would have gone down?