Home Boxing News Floyd Mayweather vs. Tenshin Will Not Air In North America 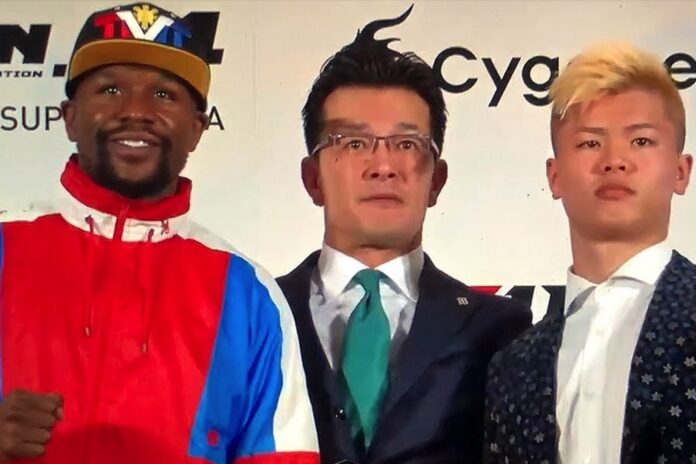 For North American fans looking to watch the Floyd Mayweather vs. Tenshin Nasukawa exhibition bout at New Year Eve’s RIZIN FF 14, we have some bad news.

Fight fans have been looking for a way to watch the exhibition bout ever since it became official after some early doubt. MMA outlet MiddleEasy apparently found that FiteTV would be streaming RIZIN 14 including Mayweather vs. Tenshin. However, wrote back that the Mayweather fight would not be aired in North America:

So the news was not so good, as fans will be forced to find another way to watch the oft-discussed boxing-only bout. Mayweather has been raked over the coals in the media for a variety of reasons concerning the ‘fight.’ One of the biggest points of criticism was the fact that he was fighting a much smaller fighter in a bout where his opponent’s biggest weapon of kicking was not allowed.

But that’s how “Money” does things. The rules and odds always have to be in his favor, and he’s made a career out of emerging victorious in bouts where just that was true. It’s obviously worked for him as he continues to land huge paydays for farcical bouts such as this one.

You’d think they would want fans in North America to pay to watch it, however. That apparently just won’t be the case this New Year’s Eve.