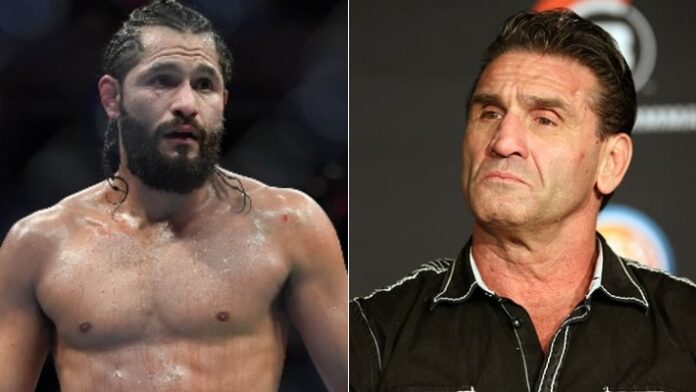 UFC Hall of Famer and Valor co-founder Ken Shamrock has laid out the invitation for Jorge Masvidal to compete in bare knuckle action.

Shamrock created a stir recently when he mocked the BMF title fight between Masvidal and Nate Diaz at UFC 244. He felt compared to what he and other UFC veterans had to go through in the nineties, a BMF title meant next to nothing.

However, he meant no disrespect to either competitor as he expanded on those comments:

“I’m not taking anything from them, because all these guys would whip my butt right now,” Shamrock told MMA Fighting. “All I’m saying is compared to what we had to go through, getting kicked in the face, punched in the back of the head with no gloves, no rules, no time limit, four times in one night, yes, it’s funny.”

Shamrock doesn’t believe there’s a need for a belt to signify how much of a BMF someone is. He even proceeded to invite Masvidal to return to his bare knuckle roots by competing at Valor:

“I don’t think we need a belt to tell people there’s a ‘BMF’ – I don’t understand that,” Shamrock added. “Masvidal fought bare-knuckle. He did backyard brawls just like (Kimbo Slice).

“So I say if that’s the case, why doesn’t he try his hand at Valor? We’d love to find out how bad he is.”

Of course, Masvidal is contracted to the UFC so that is highly unlikely as of now. But maybe it’s an option for the future?

What do you think of Shamrock’s comments and invitation?