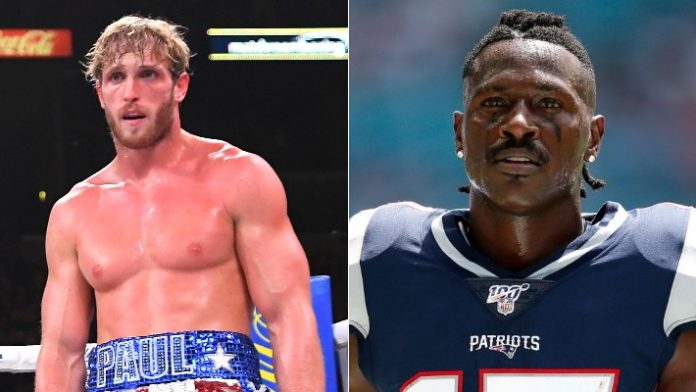 YouTube star and 0-1 professional boxer, Logan Paul, wants to get back into the ring. And he’d like to do so against disgraced NFL star Antonio Brown.

Brown has been under investigation for rape allegations stemming from earlier this year, and has also had his character called into question after his recent run with the NFL’s Oakland Raiders, in which he caused several problems with the organization’s front office, and acquired an NFL diva-type label.

During a recent appearance on KFC Radio, Paul decided to take the opportunity to call Brown out, saying he wants to “f*ck up” the All-Pro wide receiver.

While the likelihood of such a fight happening is very low, early betting odds list Paul as a -2000 favorite should the pair enter the boxing ring against each other.

With all the drama surrounding the Paul and Brown beef, Bellator MMA star, Dillon Danis, who has a history of issues with the Paul family, took to Twitter to intervene.

Paul comes off of his first professional boxing fight ever, taking on fellow YouTube star KSI. He lost the fight via a controversial split decision. Since the fight, Paul has made it clear he wants to fight again, even mentioning an MMA fight with CM Punk as a possibility.

What do you think about a potential fight between Paul and Brown in the boxing ring?