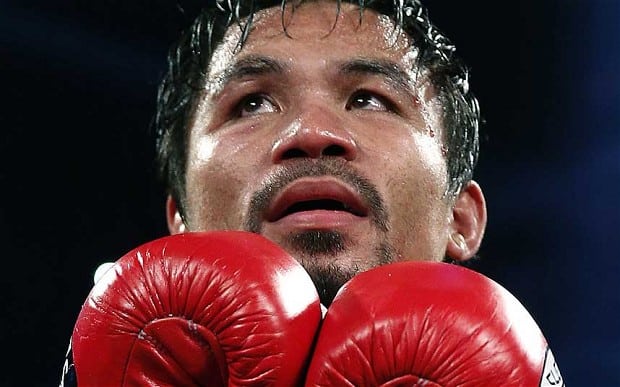 RIZIN has signed Filipino boxing superstar Manny Pacquiao to participate in their April 21 event according to promotion President Sakakibara.

This doesn’t come as much of a surprise considering the Japanese organization promoted Floyd Mayweather vs. Tenshin Nasukawa in an exhibition bout over New Year’s Eve.

RIZIN’s President Sakakibara made the announcement over Twitter. He included a couple of pictures with the boxing great. (h/t MMA Mania):

”Now, I’m actually in the Philippines. Following Mayweather, RIZIN.15 will make a new gimmick with this guy,” Sakakibara wrote. “I will announce it as soon as I return home, so please look forward to it!”﻿

RIZIN 15 takes place on April 21 from the Yokohama Arena in Yokohama, Japan. That’s only two weeks away.

That being said, it is unlikely Pacquiao will actually “fight” in this event.