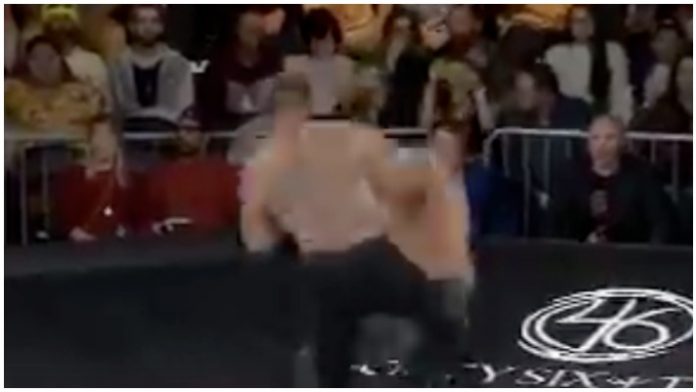 Ken Shamrock’s Valor Bare Knuckle kicked off on Saturday and delivered a whole bunch of knockouts.

UFC veteran heavyweight Mark Godbeer scored a brutal one when he connected on Jack May to knock his opponent out cold in the first round and advance to the finals.

You can see the devastating finish below:

He would go on to the finals where he became the promotion’s inaugural heavyweight champion following a knockout of “Mighty Mo” in the first round.

You can see that below:

There were more UFC alumni in action as former heavyweight Lavar Johnson knocked out James McSweeney in the first round of a heavyweight alternate bout.

You can see that finish below:

Below are the full results from Valor BK 1 (MMA Sucka):

What did you think of the first Valor event?