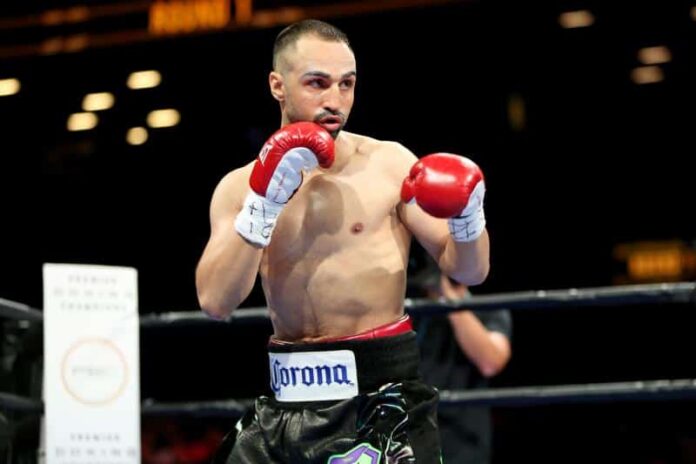 We are almost two months removed from the superfight between UFC lightweight champion Conor McGregor and boxing legend Floyd Mayweather Jr. in Las Vegas, Nevada at the T-Mobile arena.

Former boxing champion Paulie Malignaggi is still calling out the UFC champion through social media. The bad blood between Malignaggi and McGregor has been well documented. Malignaggi was brought in as a sparring partner to help McGregor prepare for Mayweather.

As a result of this, Malignaggi was upset with some of the images and videos of posted on McGregor’s social media accounts from their sparring sessions in which ‘Magic Man’ felt he was depicted in a bad light due to the fact that one of the pictures showed McGregor standing over him on the canvas. Since then, the former boxing champion has been campaigning for a grudge match

This past Friday, Malignaggi noted on social media that his adviser, Al Haymon, had reached out to UFC president Dana White to try and begin formal negotiations for the bout.

Serious Question. Do you ever see you and CM getting it on in the ring or is there just to many complications?

It happens if he wants it. I have spoken to my team, like Mayweather I am with Al Haymon. I know Haymon has reached out to Dana White. https://t.co/oHSKMi1PqE

McGregor ultimately lost to Mayweather in the tenth round by TKO after being hit by a series of punches against the ropes. Although he lost the fight, the UFC champion surpassed many expectations in his boxing debut.

It appears that McGregor will not be fighting in a boxing ring for his next bout, but instead, he will end up fighting newly-crowned UFC interim champ Tony Ferguson in a title unification bout.

UFC officials have yet to make the bout official, but the expectation is that McGregor and Ferguson to square off in late-December or the new year.