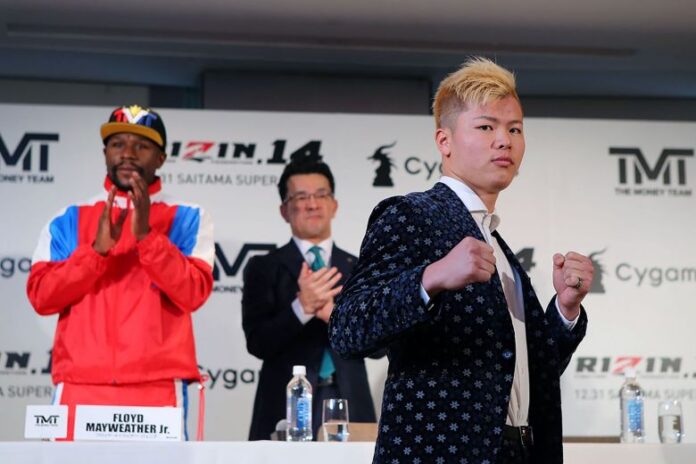 Tenshin Nasukawa scored a crazy knockout in his rebound fight. The sensation recently shared the boxing ring with one of the greatest boxers of all-time in Floyd Mayweather.

Nasukawa returned to action for a RISE World Series 58kg tournament kickboxing match against Federico Roma. This is where he stunned his opponent with a wild knockout kick that saw Tenshin go upside down on one arm to deliver the final blow.

The finish came at 1:30 of round 3. As a result of this win, Tenshin moved on to the semifinals of the RISE tournament. You can check it out here:

The boxing legend picked up a win overNasukawa in their exhibition bout at RIZIN 14 on December 31, 2018, from the Saitama Super Arena in Saitama, Japan.

He was able to score the TKO win after the prospect’s corner threw in the towel after the first round.