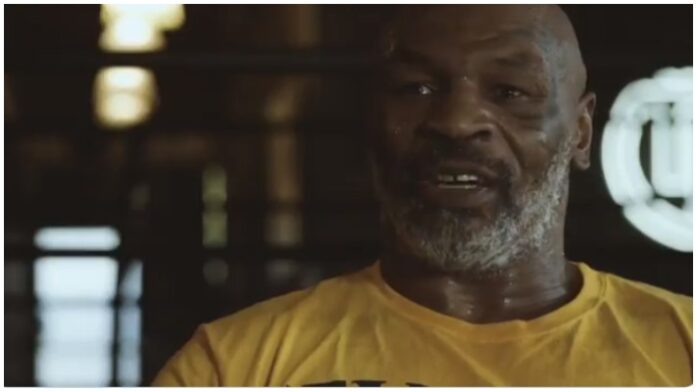 Mike Tyson has dropped an epic promo video ahead of his highly anticipated comeback fight against fellow boxing legend Roy Jones Jnr – check it out below.

Earlier today TMZ reported Tyson finally has a comeback opponent after much discussion about who the 54-year-old may face. ‘Iron Mike’ was linked to a trilogy fight with long-time rival Evander Holyfield who has also announced he’ll be ending his retirement for some exhibition bouts. Tyson was also linked to fights with MMA fighters Tito Ortiz and Wanderlei Silva. He is also believed to have turned down a $20 million offer to fight in the Bare Knuckle Fighting Championship.

Tyson and Jones will square off on September 12 in an eight-round exhibition bout. The fight is available on pay-per-view, and on the Triller. The social media platform will reportedly put on an undercard which will feature YouTuber Jake Paul taking on former NBA star Nate Robinson. Triller will also produce a 10-part documentary series that follows Tyson and Jones as they prepare for the fight.

The youngest heavyweight champion in boxing history hasn’t fought since 2005 after suffering defeat at the hands of Kevin McBride. Jones has been fairly active despite being 51 years old. He is currently riding a four-fight winning streak and last fought back in 2018, picking up a unanimous decision win over Scott Sigmon.

Will you be buying the Mike Tyson vs. Roy Jones Jr pay-per-view?