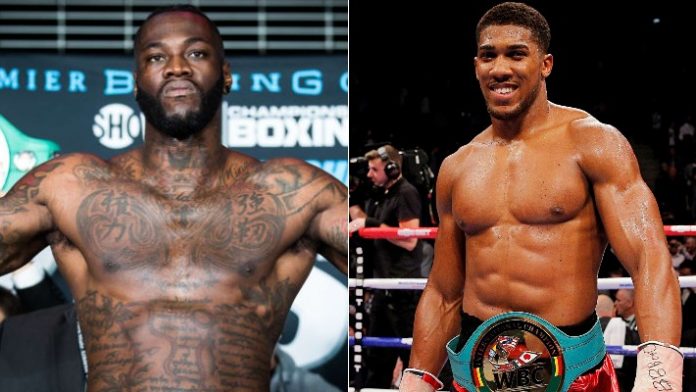 For the past few months, the best heavyweight boxers in the world have been playing a game of cat and mouse that has resulted in few truly high-profile match-ups materializing. Hopefully, that’s about to change after Anthony Joshua called out Deontay Wilder.

After that fight, the British champ is looking towards a truly huge title unification bout. Speaking recently to TMZ Sports, Joshua revealed he’s looking to fight WBC champion Wilder next:

“Wilder, I want Wilder,” Joshua said. “He’s got the belt… and if he’s ready and wants to prove he’s the best in the world, then come see me.”

Joshua also offered some words of encouragement for Miller, noting that he wouldn’t hold a grudge against his formerly scheduled opponent. All told, he hoped Miller got his life back on track. Joshua also pointed out that he wouldn’t take former title contender Ruiz lightly despite him not being the most well-known. He acknowledged that any fight with the heavyweight title on the line is a huge one.

As for Wilder, he’ll take on Dominic Breazeale on May 18 in a mandatory title defense. The boxing world has cried out for a rematch between Wilder and Tyson Fury following their classic draw late last year. However, Wilder recently re-signed with Showtime Sports. He’s reportedly aiming for Vladimir Klitschko. It’s anyone’s guess as to whom he’ll face after Breazeale. Making matters more complicated, Fury recently signed his own exclusive multi-fight deal with ESPN.

The options for truly huge fights in the heavyweight division are many. However, the arduous task of getting each of Joshua, Wilder, and Fury to agree to mutual terms seems to be a gigantic roadblock standing in the way of each fight. Their new streaming deals certainly don’t help matters.

But Joshua appears focused on fighting Wilder soon, which can only be a good thing for boxing fans. If it actually happens remains to be seen.