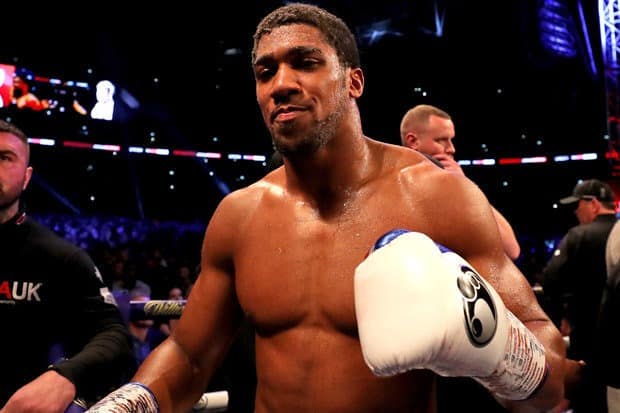 Deontay Wilder will defend his WBC heavyweight title against Dominic Breazeale this Saturday in New York’s Barclays Center, and Anthony Joshua is one who will be tuning in.

While he is preparing for the Mexican-American, Joshua is “100 percent” going to be watching Wilder’s fight.

“AJ” is not only slated to face Wilder in a title unification fight in the future, but is also curious to see how the latter does against Breazeale, who Joshua defeated back in 2016.

“Yeah, yeah 100 percent [I’ll be watching the Wilder fight],” Joshua told Sky Sports. “Styles make fights, I think Wilder will fare well against Breazeale. I think Wilder is too quick, he’s a very, very fast heavyweight, but Breazeale is tough, took me seven rounds. I hope Wilder does it in nine, so I can be like ‘hey I done it earlier’. You know how it is, comparisons and stuff, but yeah it will be interesting to see.

Breazeale may have suffered his first and only loss to Joshua, but the American certainly put up a fight. At the time, he became only the second fighter to take the Briton to the seventh round.

Since then, the 33-year-old has won his next three fights via knockout as he now hopes to become champion at the second attempt. And Joshua has nothing but respect for Breazeale.

“He got hurt in the second round, stumbled, stayed on his feet. Come game, it’s a world championship fight, that’s what I’m saying,” Joshua added. “When I looked at his interview after and I saw his face, I said ‘wow you definitely took a beating’, and he stayed in there.

“Breazeale at the time, he may not have been Wladimir Klitschko, but he came and put up a fight.”

Ideally, both Joshua and Wilder come away with the win and finally set up the title unification fight that boxing fans have been waiting to see.