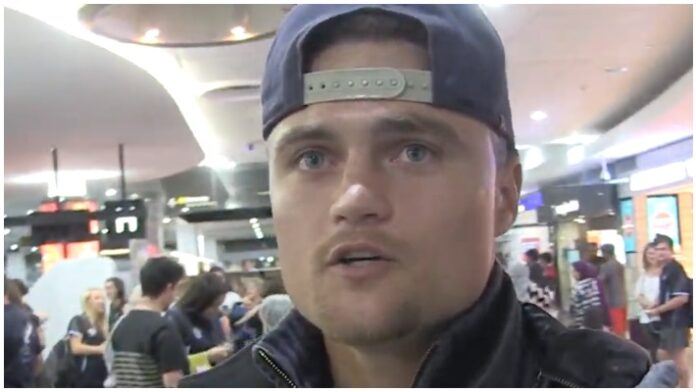 Unfortunately, yet another life was taken from the sport of boxing this past weekend in Australia’s Dwight Ritchie.

The 27-year-old was reportedly sparring with WBA Oceania middleweight champion Michael Zerafa until he received a body shot which led him to later collapse. Paramedics were unable to revive him as he was later pronounced dead.

Zerafa — who Ritchie was helping prepare for his rematch with former WBO welterweight champion Jeff Horn — was understandably devastated:

“There are simply no words to describe how I am feeling right now,” Zerafa wrote in a column. “Dwight was one of the most humble people I have ever met. We had known each other since we were teenagers, when we were just starting out in the sport. And for the past 10 years, Dwight and I had been supporting each other inside, and outside of the ring.

“Yesterday, was an absolute tragedy, and as tough as it is right now for myself, I can only imagine how difficult the past 24 hours has been for Dwight’s family. My heart bleeds for his three children and his beautiful partner. I have spoken to the family, and given my deepest condolences. The boxing community has lost a truly great person, and I have lost a mate.

“I appreciate all the messages of support that I have been receiving from family, friends, media and the boxing community. Dwight’s passing is a further reminder why we can’t take life for granted. Nothing in life is guaranteed … He taught me so much, not just as a boxer but as a person, and I will always be thankful for the lessons Dwight shared with me about life. Dwight, you will always be remembered. Rest in Peace mate.”

Ritchie held a 19-2 record with four no contests in boxing.

A Gofundme campaign is set up to provide financial relief for his family. As it stands, it has reached $34,755 of its $50,000 goal. You can help raise money by clicking here.