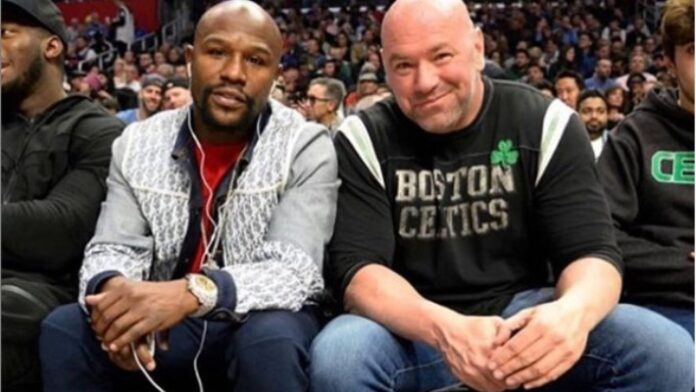 The pair have hinted at a 2020 collaboration that involves Mayweather coming out of retirement. However, it wasn’t really confirmed whether “Money” would really be competing or just taking part in some co-promotional duties.

Although there are still some things to work out, White expects to have a deal done in the summer:

“We both started talking. The easiest way to explain it to you is Floyd and I both feel that we add value to each other,” White said in a recent interview with ESPN. “We’re going to figure something out.

“Some things have to play out and then I’m going to start talking to [Al] Haymon. Maybe this summer and then I’ll have something for Floyd in the fall.”

That something will definitely be Mayweather competing. But whether it’s in a boxing ring or the UFC Octagon is not known as of yet:

“Compete. The money is in Floyd competing,” White clarified. “We’ll see [about fighting in the UFC]. We’ll see where. We can do crossover stuff here or we could do something in boxing.”

Maybe we’ll end up getting Mayweather vs. McGregor part II?

What do you think White has planned for Mayweather?