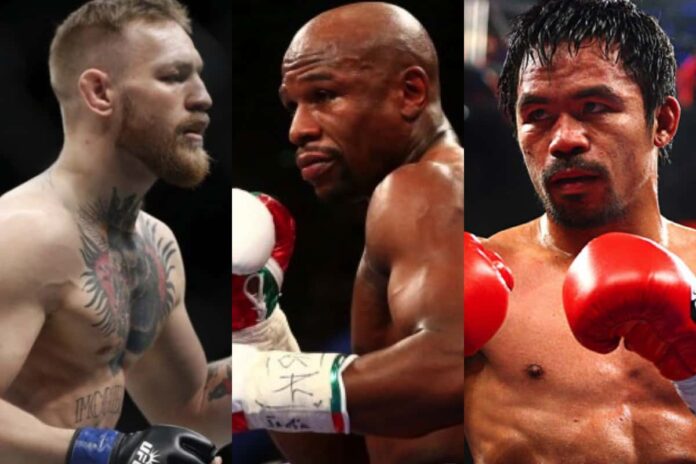 The Irishman ventured into the boxing world when he fought Floyd Mayweather back in the summer of 2017. McGregor performed above expectations, but was still outclassed by “Money” who went on to win via 10th-round TKO.

McGregor has since returned to the UFC and will have his second fight when he faces Donald Cerrone this weekend. However, he still sees himself boxing in the future and would like to have a rematch with Mayweather. He notably believes he would win the second time around:

“I’d like to rematch Floyd,” McGregor said in a sit-down interview with Ariel Helwani. “I think we should rematch Floyd. … I’ve done phenomenal in that bout. The only reason I lost that bout was because I prepared for a back-footed, flee shelled style of opponent. And when the fight was like that, I was picking him apart. Then he came forward and started pressing and I wasn’t sinking in to my shots like I am now.

“… I know I beat Floyd if we rematch. When we rematch. … I’d like to box him. I think that would be a good rematch.”

However, McGregor is open to other opponents in the sweet science. He even claimed there was an offer to fight Manny Pacquiao only for it not to come to fruition:

“I would be open to other boxing bouts,” he added. “There’s been talks with the Manny fight. There was an offer made on that. Not yet [but it’s a possibility] very much so.

“And the Paulie fight, I’d love to fight Paulie as well. I wanna box again. I will get a boxing world title.”