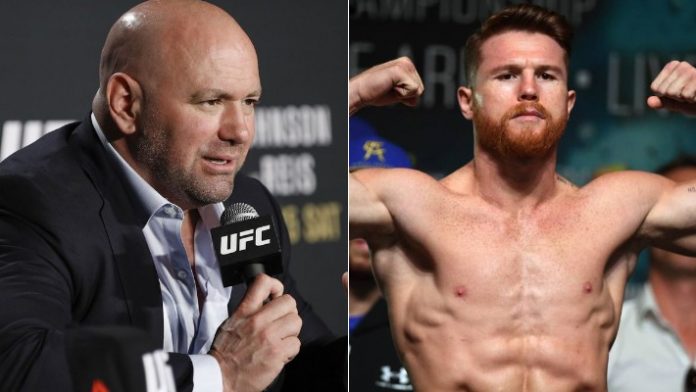 If you’re a hardcore combat sports fan, you have a big decision on your hands come November 2.

Two of the biggest fights of the year in both boxing and mixed martial arts (MMA) fall on the same night. In the world of boxing, Canelo Alvarez jumps up to light heavyweight to take on Sergey Kovalev for the WBO title. The Mexican star, and arguably boxing’s biggest draw, aims to capture gold in yet another weight class.

In MMA, two of the sport’s biggest fan favorites go head-to-head inside Madison Square Garden. Jorge Masvidal and Nate Diaz will clash in a welterweight contest for the one-off Baddest Mother F*cker Championship being created by UFC president Dana White. Underneath that contest is a stacked card, as per usual for the UFC’s trips to MSG.

Today, the UFC held its UFC 244 pre-fight press conference in New York featuring both Diaz and Masvidal. All three men (White, Masvidal, and Diaz) were asked why fight fans should watch UFC 244 over Canelo vs. Kovalev. Diaz’s response was simple.

“We’re fighting for the best mother fuck*r in the game belt. That’s why,” Diaz said.

As for White, he said Golden Boy and company would be “f*cking nuts” to go up against the Las Vegas-based promotion’s stacked MSG card.

Which event do you think will pull in bigger numbers come fight night in November?