Home Boxing News Wilder vs. Fury II Could Be Greatest Fight Of All Time –... 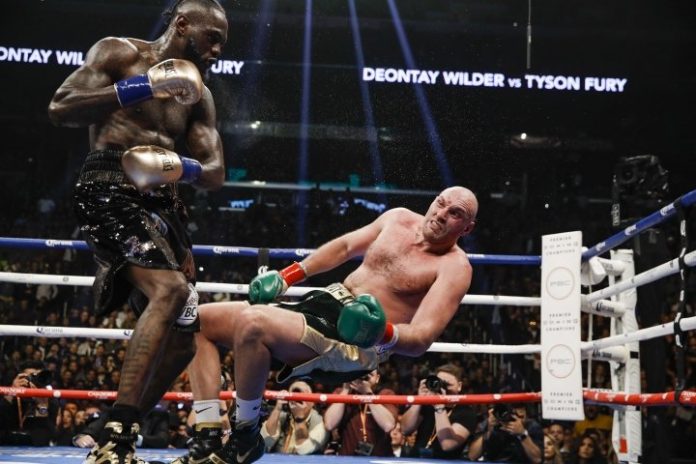 Heavyweight legend George Foreman believes Deontay Wilder vs. Tyson Fury II could be one of the greatest fights in boxing history.

The heavyweight duo fought to a controversial draw in December 2018 and are now set to fight again in February 2020.

Fury out-boxed Wilder for most of the fight and seemed on his way to a routine decision victory. However Wilder managed to drop his man in the 9th round. He then almost knocked Fury out cold in the 12th round. The Englishman somehow rose to his feet and looked unfazed. Both fighters made it to the final bell and it the fight went to the judges, who controversially scored the fight a split decision draw.

The first fight was one of the best of 2018 and the rematch now has the backing from an all-time great to be even better. Speaking to TMZ Sports George Foreman claimed Wilder vs. Fury II could be one of the best fights in boxing history. (H/T TMZ Sports)

The heavyweight legend is right to expect an all-time great clash. Both fighters are at the peak of their powers and should provide fireworks in this eagerly anticipated rematch.

Whoever wins will be widely regarded as the top heavyweight in boxing. They will then look to unify the heavyweight titles with the winner of Andy Ruiz vs Anthony Joshua II.

Who do you think wins the rematch between Deontay Wilder and Tyson Fury?