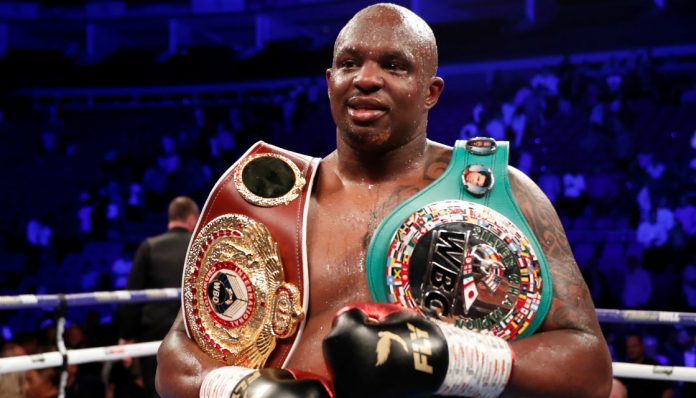 The 31-year-old from London holds the WBC interim heavyweight title and has been the organisation’s number one contender for more than three years. He has been unable to secure his mandatory shot at former champion Deontay Wilder and will have to wait a little longer before getting a shot at new titleholder Tyson Fury.

‘Bodysnatcher’ holds high profile wins over the likes of Dereck Chisora, Oscar Rivas and, Joseph Parker. However, he is most known for fighting bitter rival Anthony Joshua in 2015. Despite losing the fight Whyte came out with credit due to the fact he wobbled the future world champion in the second round before ultimately being stopped himself five rounds later.

Whyte is currently scheduled to face Russian heavyweight Alexander Povetkin on May 2 in Manchester, England. Although the fight is yet to be officially postponed, it seems unlikely to go ahead due to the ongoing COVID-19 crisis.

This is clearly something the Brit is aware of and he appears to have begun his search for some new opponents. In a video interview posted on his YouTube channel, Whyte – who has a kickboxing background – called out UFC heavyweight champion Stipe Miocic, he said.

“I’ll fight Stipe Miocic. I’ll kick him in the face. I’ll give Stipe one of these [elbows]. All I’ve gotta do with Stipe is just keep him moving. He’ll just try take me down, he might go to sleep before I go down though.”

Whyte then proceeded to call out scary power puncher Ngannou, who he called a coward with no chin, he said.

How would Dillian Whyte do against UFC heavyweights Stipe Miocic and Francis Ngannou?