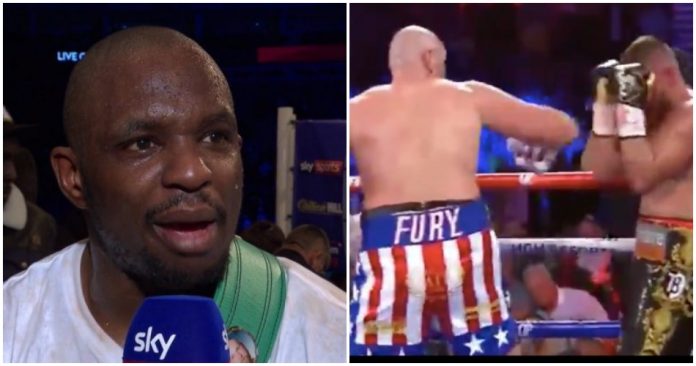 Fury began his ESPN/Top Rank deal with a bang as he comfortably disposed of Schwarz at the MGM Grand in Las Vegas, winning via second-round knockout. Fury claimed afterward he would fight one more time before having his big-money title rematch with WBC heavyweight champion Deontay Wilder next year.

The first fight with Wilder took place in December and ended in a controversial draw, with many expecting an immediate rematch. However, Fury would sign his new ESPN deal earlier this year and was booked to face a relative unknown in Schwarz instead.

The Briton looked impressive in his win, but Whyte believes Fury would prefer to face chumps rather than face him:

“Can’t believe I stayed to watch that joke of a fight,” Whyte tweeted. “@Tyson_Fury should be ashamed of self running away from me and fighting these chumps my mother would of Knockout Tom the bum in a round #GYPSYBUM #BUMCITY.”

Whyte has been deserving of a title fight for some time now. “The Body Snatcher” has won his last nine fights since suffering the only defeat of his professional career against Anthony Joshua in 2015.

However, he will have to get past a tough opponent in Oscar Rivas on July 20 if he hopes to challenge for a title soon.

David Lemieux: Styles Canelo Would Be A Great Matchup For Me