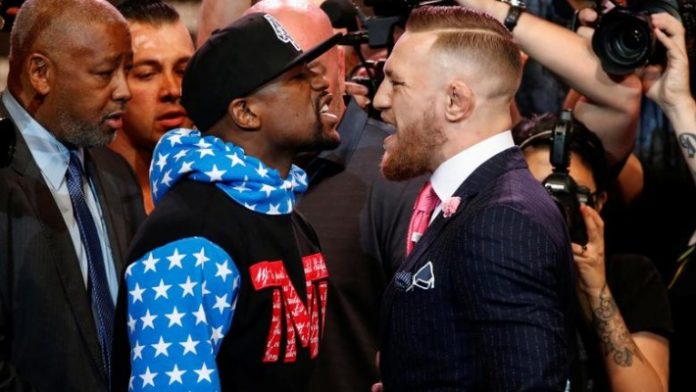 Floyd Mayweather has shared a message to MMA icon Conor McGregor following him announcing his retirement from fighting.

In the comments Mayweather questioned his desire to beat the best and extended an invitation to fight him again should be come back.

“If I’m not mistaken, didn’t you tell Mike Tyson you could beat me if we fought a second time?
Now you’re quitting! I thought you wanted to beat the best? Well, if you decide to come back, I will be waiting to punish you again.”

The words Mayweather is referring to came in a tweet from McGregor following boxing legend Mike Tyson praising his performance against Mayweather on his podcast.

“Thank you Mike, and just know that for the inevitable rematch, with the knowledge I now hold of Floyd’s style, plus under the tutelage of my old school boxing coach, I will crack the puzzle, and I will beat Floyd.
I promise my life on it.
It is great to see you back Iron Mike”

In the highly publicized match up between the two Mayweather was able to finish McGregor by TKO in the tenth round.

After a four city promotion tour in the lead up the fight made records becoming the second most purchased Pay Per View with 4.3 million buys, second only to Mayweather vs Pacquiao.

Since the initial bout there has been talk of a rematch with both athletes voicing their willingness to take part on multiple occasions.

Currently, there are no details of if and when this would happen, however, with McGregor seemingly retiring from MMA this could be the perfect time to make it happen.

Do you think Conor with enter the ring against Mayweather again?