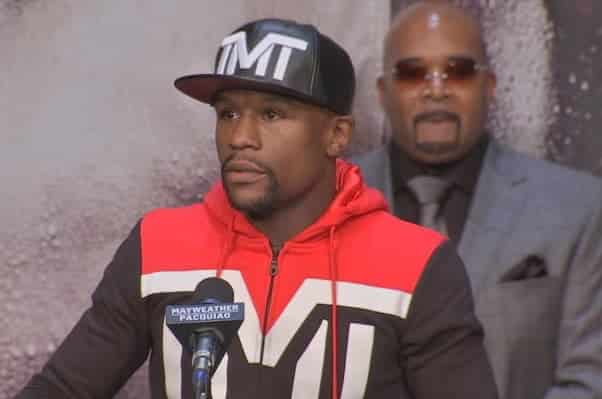 The talk of a rematch between Floyd Mayweather Jr. and Manny Pacquiao has been dominating the boxing world.

Back in May of 2015, Mayweather defeated Pacquiao after 12 rounds of fighting, via unanimous decision. For years talk of a rematch has loomed, and it looks like now it might actually happen. Mayweather threw out the challenge last weekend when he called “The Pac-Man” out.

Mayweather would like to fight Pacquiao in December of this year. Before he gets back into the ring against Pacquiao, however, it looks like “Money” wants a tune-up fight or two. TMZ Sports reports that Mayweather will take a fight in Tokyo first to warm up.

In fact, it looks like Mayweather is looking at opponents beyond the world of boxing. He hasn’t made a decision yet, but he is looking at kickboxers and MMA fighters as well. Interestingly enough, Conor McGregor’s name has reportedly not been mentioned.

Mayweather’s plans are much bigger than boxing. His plan is to put on a big show for fans in Tokyo to open up the Asian market. This will lead to other business interests such as clothing and endorsements.

A date for a potential Tokyo fight has yet to be set in stone, but it’s said that Mayweather is eying a New Year’s Eve date if he can land a big enough venue. If all goes according to plan, fans could see Mayweather vs. Pacquiao II in 2019.