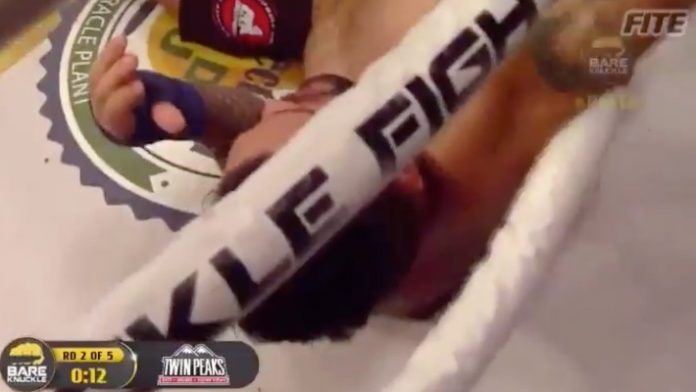 UFC veterans, Gabriel Gonzaga, and Antonio “Bigfoot” Silva made their Bare Knuckle Fighting Championship (BKFC) debut on October 19. There, the winner could be set up for another big fight against Wanderlei Silva or perhaps a title shot against Chase Sherman.

In the first round, the two were feeling each other out with Silva landing the harder and more powerful shots. Then, however, in the second round, Gonzaga realized Silva’s power could not hurt him, so he went after “Bigfoot” and dropped him. When he got back up, Gonzaga swarmed him and knocked him out for his first win in BKFC.

Check out the ending below:

He did, however, have some success as he fought for the UFC heavyweight title early on in his career after a stunning knockout over Mirko Cro Cop.

Antonio Silva, meanwhile, ended his MMA career on a five-fight losing streak including being knocked out in five of those six losses. After his MMA career ended, he fought in Glory Kickboxing and was knocked out there, as well. In his final 10 fights, he went 1-8 with one no-contest.

What do you make of Antonio Silva being knocked out to Gabriel Gonzaga at BKFC?