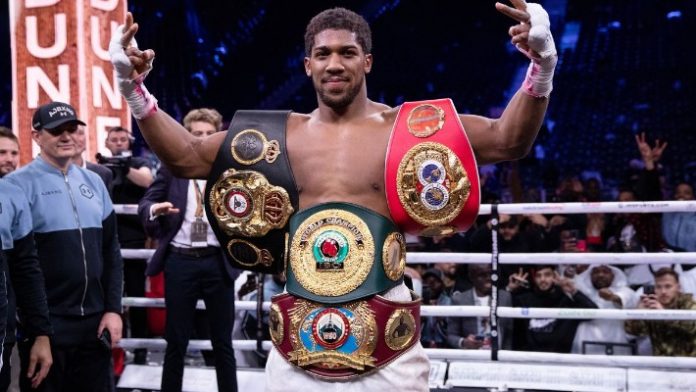 Anthony Joshua is back on top of the heavyweight mountain in the world of boxing after regaining the WBA (Super), IBF, WBO, and IBO heavyweight titles from Andy Ruiz earlier this month.

Joshua avenged the only loss of his career in Saudi Arabia by defeating Ruiz via unanimous decision. Now, speaking in a recent interview, the 30-year-old has revealed he has a long way to go before hanging up his gloves for good. Joshua claims he has 14 to 15 fights left before even considering walking away.

There’s an issue, however, as both men have been named as mandatory challengers by both the IBF and WBO, respectively, meaning Joshua would have to vacate one of his titles.

“I would hate it because it’s so hard to go round and collect all these belts, it’s really difficult and I’ve kept hold of them for so many years. So to have to vacate because of the boxing politics would be annoying, but there’s things that are out of my control. If I do lose one, I know I’ll be able to get it back.”

What do you think about Joshua saying he has 14 or 15 fights left in his career?