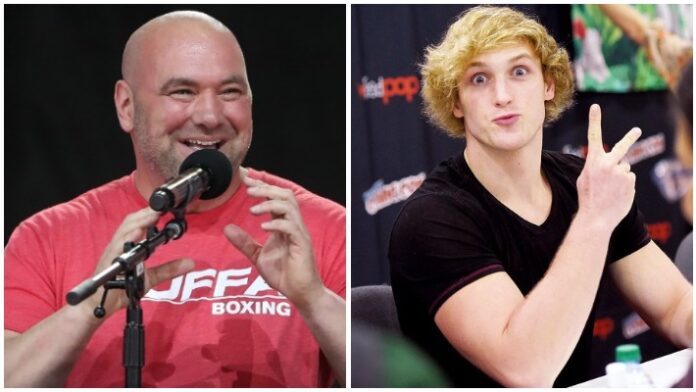 Paul and KSI will compete this Saturday in what is a rematch from their white-collar boxing matchup last year. This time, the fight is much bigger, especially as it will be competed professionally and promoted by Eddie Hearn’s Matchroom Boxing.

But Paul doesn’t want to stop there. He also has ambitions to compete in mixed martial arts (MMA) which is why the former state-level wrestler plans on calling White out afterward:

“One-hundred percent the first name that’s coming out of my mouth is Dana White,” Paul said in a recent interview (via MiddleEasy). “I want to fight in the UFC. I think Dana White can make that happen.”

One reason Paul may get his wish is because unlike a CM Punk for example, he actually has some form of combat experience in his wrestling pedigree.

And he believes he should make use of it in the Octagon:

“I love MMA, I grew up wrestling,” he added. “I was one of the best wrestlers in Ohio. No disrespect, but what the f*ck am I doing? I’m using half of the skills I was training my whole life to do.”

For now, he must get past KSI. Their boxing match will headline the Staples Center in Los Angeles on November 9. Their first fight ended in a majority draw.

What do you think of Paul potentially competing in the UFC?