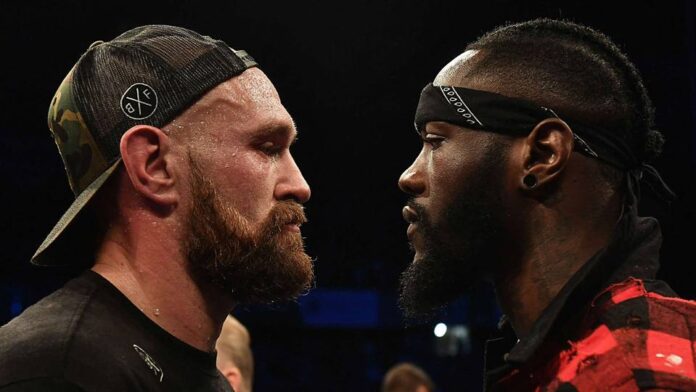 Tyson Fury and Deontay Wilder could see their trilogy fight land in Australia according to a new report. If the plan devised by promoter Dean Lonergan comes off the huge heavyweight fight would take place at Bankwest Stadium in Sydney on boxing day – Christmas day in the United States.

Top Rank CEO Bob Arum previously told Sky Sports Australia was one of a few different options that are currently being explored, he said. “Our friends in Australia are talking about doing this fight, probably in Sydney. That’s a possibility.”

Lonergan has now revealed he is the friend Arum was alluding to and broke down his plan to host Fury/Wilder III in Australia during an interview with the Sydney Morning Herald, he said.

“When Bob came out and said that we are talking to ‘our friends in Australia’, I’m the one he’s talking to. It’s my proposal, I put it to him with budgets, how we’d do it, the whole lot.

“Bob has been an incredible partner and ally for me in the world of boxing. I just had a thought six weeks ago that if these guys can’t do a major fight in Las Vegas or New York, why not come down here where I know we can get a crowd.

“We are flexible around the timing, but if we did it at 1.30pm on Boxing Day, it would be beamed back into the States on Christmas night.”

Arum has previously worked with Lonergan on huge fights. The biggest being when Manny Pacquiao travelled to Australia to take on Jeff Horn. Lonergan says the two of great business partners and are more than capable of working together to put on this historical heavyweight fight, he said.

“It’s an excellent relationship, I have enormous respect for Bob since he came down here with Manny Pacquiao.”

“We’ve done a few deals like when Jeff fought Terence Crawford. We had a deal on the table to fight Ryōta Murata, the middleweight champion, but unfortunately it didn’t eventuate because of the loss to Michael Zerafa.

“This could be a massive historical event.”

Do you think Tyson Fury vs. Deontay Wilder III will take place in Australia?