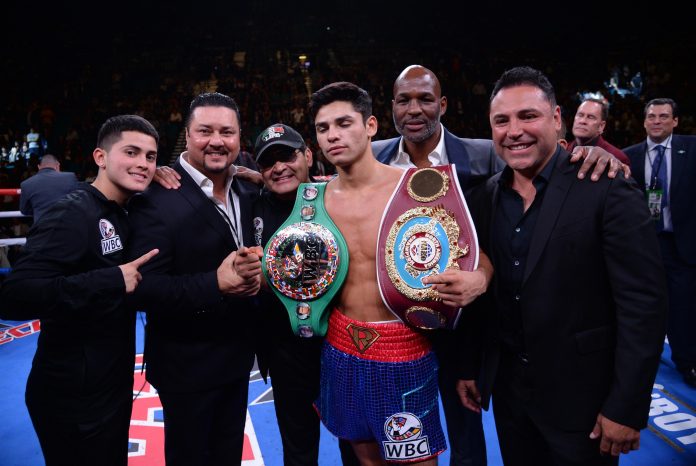 Rising star at lightweight, Ryan Garcia has accepted an invitation from the World Boxing Council (WBC) to compete for their interim belt against British standout Luke Campbell. Golden Boy Promotions who promote Garcia and Matchroom Boxing who promote Campbell will now begin negotiations for the fight.

The winner of this WBC lightweight interim title fight will be next in line for a shot at the reigning WBC titlist Devin Haney (24-0, 15KOs). Garcia opted to pursue the WBC belt instead of the WBO who ordered he face off against Emmanuel Tagoe in a final eliminator for their lightweight title which is currently held by Vasiliy Lomachenko.

Speaking to Sky Sports after the WBC ordered Garcia fight him Campbell said.

“He has a hell of a following. but they won’t help him in the ring.”

“I know he has mentioned my name in the past, but what he says and what he does are two completely different things. I’m well up for this fight. He is a big name. He draws a lot of attention. He looks like he carries power and he has speed. We’ll soon find out, won’t we?”

Campbell remains unconvinced by both Garcia and Devin Haney and says the two fighters need to face off against former world champions to prove themselves, he said.

“It’s hard to see what they are about until they have been in the ring with someone of quality who has a good [resume],” Campbell said of Garcia and Haney. “By the amount of fights they have had, I had already beaten two former world champions [Argenis Mendez and Darleys Perez]. Neither of them have fought a former world champion yet. Time will tell.”

Who wins when Ryan Garcia and Luke Campbell face off?