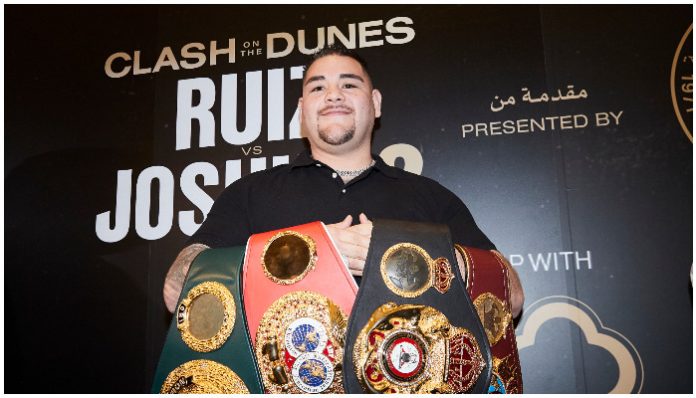 The rematch between Andy Ruiz Jr. and Anthony Joshua takes place on December 7 in Saudi Arabia and promises to be even better than the first one. If that is the case, one Saudi royal will be able to immortalize the fight forever.

According to Mike Goodall, whose company builds and ships boxing rings around the world, a Saudi royal will have the ring for the rematch erected at his home following the event.

“He wants it as a souvenir. He is a boxing fanatic,” Goodall said (via BBC). “It has to be in his palace, complete with blood and gore. Everything that’s on it he wants.”

The ring used for the fight has been transported from Bethnal Green’s York Hall and is one of four that Goodall’s company have shipped to Saudi Arabia.

“Joshua has one to train at the British embassy,” he added. “The other two are at the hotel where fighters are staying. They have a tremendous facility in the basement there, so one is for Ruiz and one is for the undercard fighters.”

Ruiz and Joshua collide for the unified heavyweight titles in the main event at the Diriyah Arena on Saturday. Joshua was the longtime champion before he was stopped by Ruiz in their fight in New York back in June.

What do you make of this news?