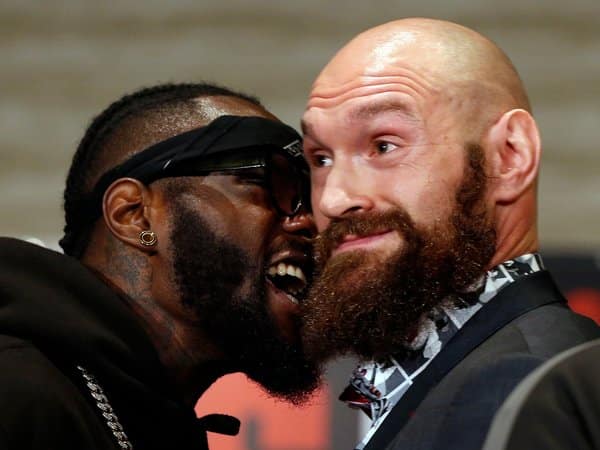 The rematch is on. We now have official confirmation from both WBC heavyweight champion Deontay Wilder and lineal champion Tyson Fury that they will rematch each other in early 2020.

Fury announced the news during a recent Q&A session, where he revealed that his rematch against “The Bronze Bomber” has been “confirmed and signed” for February 22, 2020. “The Gypsy King” also promised a more conclusive result the second time around. Check out the announcement here:

Fury and Wilder first met back in December with Wilder’s WBC heavyweight title on the line. Both men fought all 12 rounds, in which most boxing fans believe Fury out-classed the American. However, Wilder landed the only two knockdowns of the night. The latter being in round 12, and the argument could be made that the fight should’ve been stopped.

However, Fury got back to his feet and was able to finish the fight. When it was all said and done, the judges’ scorecards turned in a Majority Draw decision. Fans clamored for an immediate rematch, but unfortunately that was not to be the case. Since, both men have picked up respective knockout victories in the lead-up to their eventual rematch.

Wilder is expected to fight Luis Ortiz later this year before rematching Fury in 2020. Fury is also expected to face one more opponent before the highly-anticipated showdown, which Bob Arum believes could do numbers similar to Floyd Mayweather vs. Manny Pacquiao.

Who are you picking between Fury and Wilder in their rematch?