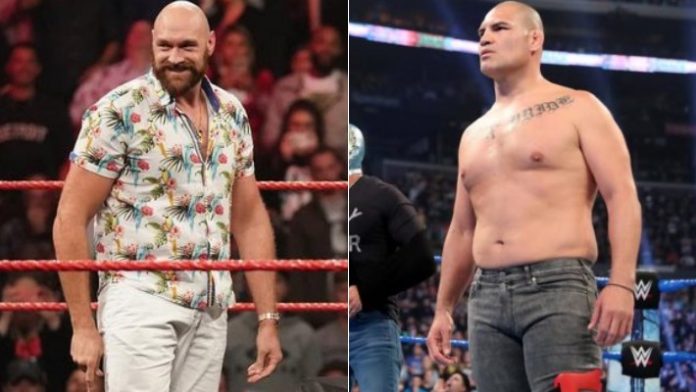 Both men will make their in-ring debuts at the upcoming Crown Jewel event from Daudi Arabia later this month. Velasquez takes on Brock Lesnar, while Fury squares off with Strowman. A press conference was held by WWE last week to promote the event. Speaking to media outlets such as MMA Junkie afterward, Fury said he’s open to doing a WWE match with Velasquez down the road.

“Yeah, listen. Me and Cain, we’ve got a rivalry going back from when he was UFC heavyweight champion, from a right few years ago,” Fury said. “There was a lot of back and forward on social media back then. And, who knows, maybe that rivalry could spill over into WWE.”

Aside from a match with Velasquez, Fury also said he’s willing to step into the ring with any of the world’s top big men.

“I’d love to fight them all,” he said. “I’m a prizefighter. I’ve never ducked a fight in my life, and I’ll fight anybody.”

What do you think about a potential WWE match between Fury and Velasquez?