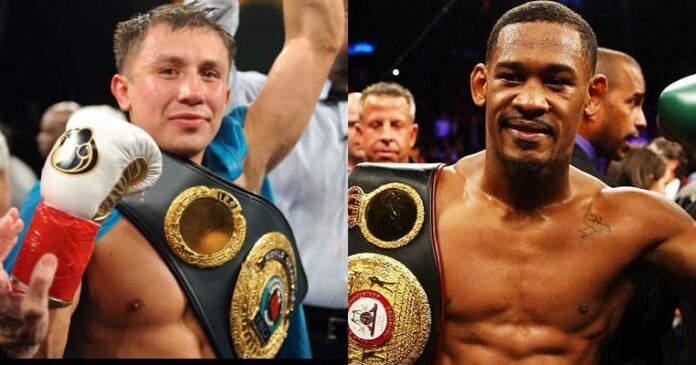 Golovkin, the reigning WBA, WBC, IBF and IBO titleholder, is one of the most feared punchers in the sport, as he possesses a perfect 36-0 professional record with 33 knockouts. He has also scored 23 consecutive T/KO victories and is coming off of a stoppage victory over Kell Brook last September in London.

Jacobs, on the other hand, currently holds the WBA’s regular title. The New York native holds a 32-1 professional record with 29 knockouts. He is coming off of a TKO victory over Sergio Mora last September.

Watch “GGG” and Jacobs face off for the final time before they meet in the squared circle below courtesy of HBO: