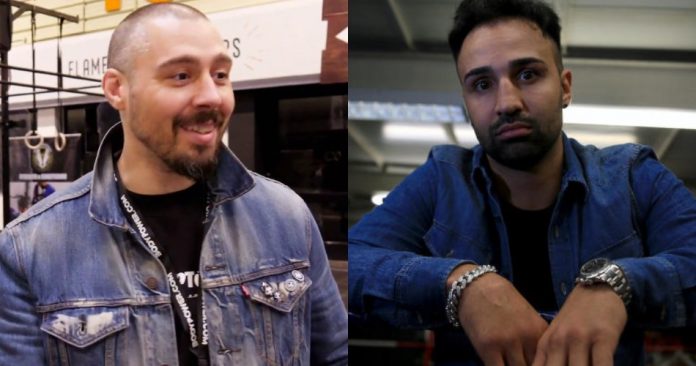 For the past several years, a rivalry seems to have brewed between the mixed martial arts (MMA) and boxing communities.

Things really sparked off following Conor McGregor and Floyd “Money” Mayweather’s bout in 2017. This fight also created the sub-rivalry of McGregor vs. Paulie Malignaggi. Malignaggi served as a sparring partner to McGregor prior to his fight with Mayweather.

However, once McGregor leaked photos from their sessions, including one video in particular in which it looked like the former boxing world champion was knocked down, Malignaggi left the camp. For the past several years Malignaggi has held a grudge over the incident. So much so that he has found his way into a bare-knuckle boxing match against McGregor’s close friend and training partner Artem Lobov.

The pair headline BKFC 6 on June 22. Recently speaking to Fight Hype, Malignaggi had some harsh comments for the MMA community, who he feels has disrespected the sport of boxing as of late. While some claim MMA is more dangerous than boxing, Malignaggi defends by saying his sport has a much higher number of deaths in its history (via BJPenn.com):

“Lobov and the mixed martial arts community have really disrespected my sport in a lot of ways; boxing, saying that we fight with pads on and it’s not a real fighting sport and what not, but we have all the deaths,” Malignaggi said.

“It disappoints me that he is grouping all MMA fans together,” Hardy said. “We are not all grouped together, we are not poking fun at boxing because they wear pads, we do respect it and it’s often been boxing that has drawn the ‘us vs you’ argument because of the rise of MMA.”

Hardy also found Malignaggi’s comments about boxing having the most deaths to be in poor taste. Instead, the Englishman believes we should focus on analyzing those deaths and attempting to prevent them as much as possible.

He also explained why Malignaggi’s experience in bare-knuckle boxing will be much different from his years fighting with padded gloves:

“To claim the deaths in boxing is ridiculous, to say we’re [boxing] the toughest sport because we have the most deaths is silly,” Hardy said. “Maybe what we should do is analyze why there are deaths in boxing and see if we can fix it, and part of the problem maybe is [that] they are wearing padded hands.

“Now Paulie is going to get a very different look when he’s bare-knuckle boxing cause he’s going to break both his hands on Artem Lobov’s head. He’s got soft hands and no punching power as it is… He’s also set the bar very high now because if he goes into this fight against Artem, he breaks both his hands and he can’t continue to fight what’s he going to do, tough guy it through?

“What we’re interested in is the most efficient and effective style of fighting. It’s not a comparison with boxing, it never has been. I appreciate the art of boxing, but it is a small element of the whole of combat sports and it has been so refined that it is not really very realistic in real combat.”