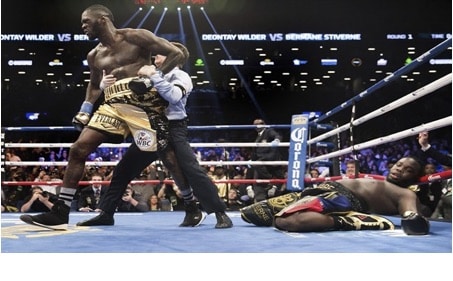 About a year or so back, it was all so simple: Anthony Joshua was going to clash with Deontay Wilder, and we would be treated to the sight of the first unified heavyweight champion in a couple of decades. Tyson Fury then cut through the division, perhaps surprising some with the swiftness of his comeback, and more intrigue to the mix. Finally, Andy Ruiz Jnr threw some dynamite into the mix with his shock 7th round defeat of Anthony Joshua.

The picture is, of course, a bit more complicated now. Joshua is the 1/3 favourite to defeat Ruiz in Saudi Arabia and take back the belts (Ruiz Jnr is 11/5), but can anyone say with certainty what will happen after that? Coyness and obfuscation are traits we associate with promoting boxing, but it’s been about 18 months now since Joshua took the WBO heavyweight title from Joseph Parker and talk of the reunification fight with Wilder started. We know that it’s not likely to happen for a while yet.

Ruiz Jnr could go to the Olympics

The point is that there is now no clear path for reunification of the belts, and that certainly dampens the enthusiasm of casual fans. In a perfect world, Fury would fight Wilder again, and the winner would have a massive showdown with the winner of Ruiz Jnr vs Joshua. That makes sense, and the money should be enough to overcome any obstacles. Yet, there have been more and more roadblocks put up. We don’t really know what’s happening with Wilder vs Fury 2, and Andy Ruiz Jnr is now talking about fighting in the Olympics next summer.

Look, thinking about theoretical fights and reading between the lines of promoters and boxers are part of the nature of boxing and MMA. It keeps the fans interested during those long periods when the fighters are not actually in the ring. It’s part of the reason that online betting sites like 888sport put down odds on fights like Wilder vs Fury and Mayweather vs Pacquaio before they have signed on the contract; because fans like the soap opera-ending cliff hanger aspect of unconfirmed match-ups.

The hype of unconfirmed fights and the excitement when they are actually confirmed is part of boxing, but there is a real danger here that we don’t get to see some of these big bouts at all. Worse still, there is always the chance that they simply delay it for so long that the fighters are past their best when they get in the ring. This has happened countless times down the decades, and there is a real fear it will happen in the heavyweight division now.

With all due respect to Ruiz Jnr, the fight fans want to see is Joshua vs Wilder. Certainly, in terms of getting the casual fan to part with their money, this is the one that will draw. We can make an argument for Fury vs Joshua too, but that would have to be after a convincing victory by the Brit over Wilder. All three are relatively young men, but the hype might start to wane and the chance for the much talked about reigniting of the heavyweight division might be gone for another generation.