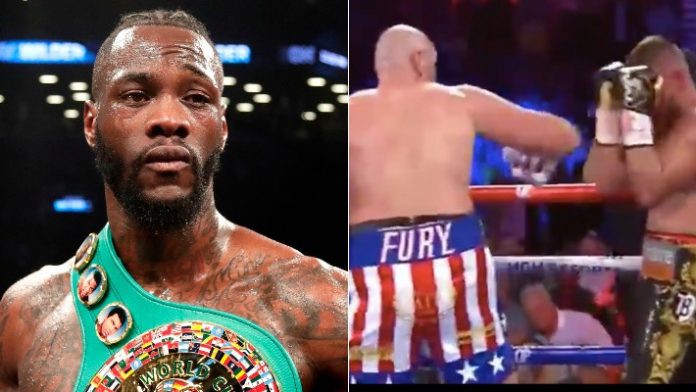 Fury knocked out Tom Schwarz in the main event of their heavyweight collision on ESPN+ from the MGM Grand Garden Arena in Las Vegas, Nevada. The Englishman is holding up his end of the bargain, as he and Wilder are expected to rematch early next year. Speaking to The Athletic recently, Wilder offered his reaction to Fury’s big knockout win:

“It was a cool performance. It wasn’t much of an opponent. I think (Schwarz) only threw four punches. He was a punching bag.” Wilder said. “Fury did what he was supposed to do.

“They’re trying to promote him up, saying things, selling this story about him over and over again, talking about him as the lineal champion… It’s building him up. But the performance (on Saturday against Tom Schwarz) was just OK.”

Wilder has some work of his own to tend to next. He’ll be facing off against Luis Ortiz to defend his WBC heavyweight title. This should be a very interesting matchup for the American knockout artist, as Ortiz came closer than anyone to handing Wilder the first loss of his career last year.

However, Wilder was able to rally and finish the Cuban slugger in the 10th round. If he can produce the same result, things are looking good for a rematch against “The Gypsy King” next year.