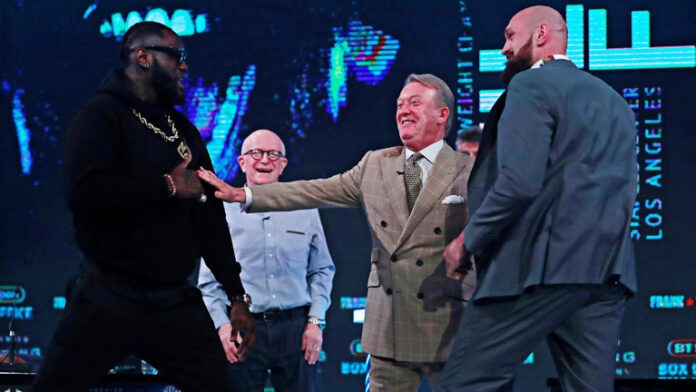 According to ESPN, the rematch was signed months ago, but required both fighters to get past their respective opponents. Fury survived a huge cut near his eye to get past Otto Wallin in September while Wilder delivered an emphatic knockout on Luis Ortiz this past weekend.

As a result, the sequel is all but official with both sides confirming to ESPN that it will take place February 22 with the likely venue being the MGM Grand in Las Vegas.

“We’re going to have an announcement before Christmas, but the fight is happening Feb. 22. You can go to sleep on that,” Top Rank promoter Bob Arum said.

Arum added that the pay-per-view event will be a joint-venture between ESPN and Fox.

“It will all get worked out in early December as far as the site, but the 22nd is the date,” Wilder’s manager Shelley Finkel said. “The site is not 100 percent set, but I’m not concerned about getting the site done. We’ll meet about that and about when to make the official announcement, when to have a press conference. These are things that still need to get done.”

Wilder and Fury notably met for the first time in December last year. Despite Fury outboxing the American for majority of the 12 rounds, Wilder’s two knockdowns during the fight eventually led to a controversial split decision draw.

In February, they can finally settle things once and for all.

Who do you have in the rematch?