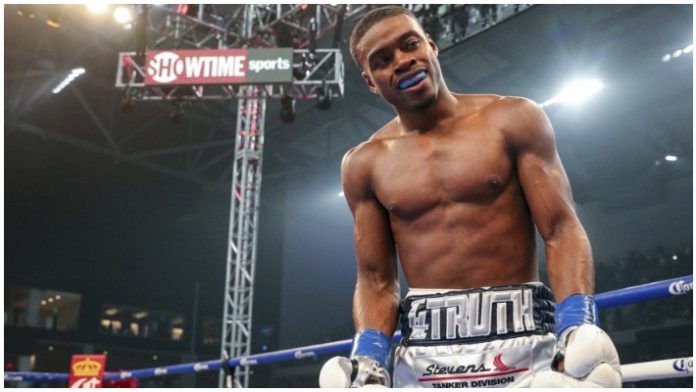 Unified welterweight champion Errol Spence insists he wants to face the best opposition possible in his first fight back after a near-fatal car crash that has led to almost a year out of the ring. Spence was last in action in September 2019 against Shawn Porter. He won on the judge’s scorecards after a tough, back-and-forth fight that more than lived up to expectations and wowed fans in attendance at the Staples Center in Los Angeles, as well as those watching at home around the world.

One month after the high-profile win Spence was involved in a serious car crash that left him with a litany of injuries. He was scheduled to return to the ring against former champion Danny Garcia earlier this year but failed to recover from his injuries as quickly as anticipated and the fight was pushed back before the ongoing global pandemic further postponed the bout.

Speaking to Brian Custer on The Last Stand podcast Spence stated he is not looking for any easy fights despite the fact he is returning from a long layoff and some serious injuries, he said.

“I don’t need no tuneup nothing. I’m a shark so put me in that deep water where I belong. That’s where I belong don’t put me don’t put me nowhere in the pool. Put me in my natural habitat. I already told Al (Haymon) I can get my feet wet with the top guys.

Spence has three opponents in mind, and he’s got the order he’ll fight them sorted too, he explained.

Do you think Errol Spence needs a warm-up fight after his car crash?