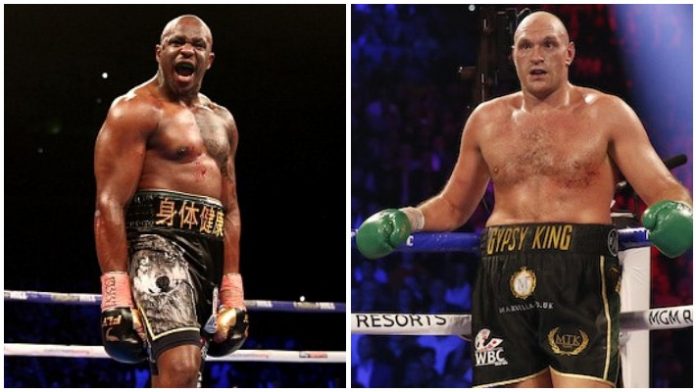 “Well, me and Tyson Fury sparred, and I bashed him about and I dropped him on multiple occasions. Simple as that. You know, he wants to sit around, talking this and saying that. But if I’m such an easy fight, why is he not in any rush to fight me? He said before beating Wilder, ‘When I beat Wilder, I’m gonna give Dillian Whyte his title shot after beating Wilder.’ He just talks rubbish. I’m just sick and tired.”

“Tyson Fury can tell you guys. I’m not one for going around, shouting sparring stories. But Tyson Fury can tell you guys what happened. But I’m not one that’s, ‘Oh, I’ve done this. I’ve done that. I’ve done this.’ Listen, you know, but he’s the one who come out and said he beat me up in the gym and stuff like that. I can tell you now, that didn’t happen. You know, that didn’t happen. You know, I don’t like telling sparring stories. But people in the grapevine know. People in the game know. They know about me.”

Whyte has been the WBC number one contender for over two years and is due to get his long-awaited shot at the heavyweight title in February 2021. In the meantime, he is expected to face former champion Alexander Povetkin. The pair were supposed to meet at the Manchester Arena on Saturday, May 2, however, the ongoing global pandemic meant that fight was postponed. Eddie Hearn announced another date for the fight, July 4, at the same venue, although it remains unclear if this will be allowed to go ahead.

Before Fury can take on his mandatory challenger he must first get by Deontay Wilder in a trilogy fight. The American triggered a rematch clause after losing by seventh-round TKO against ‘The Gypsy King’ last time out. The bout is expected to take place later this year with October or November believed to be the targetted host months.

Do you believed Dillian Whyte? Did he drop Tyson Fury on several occasions in sparring?