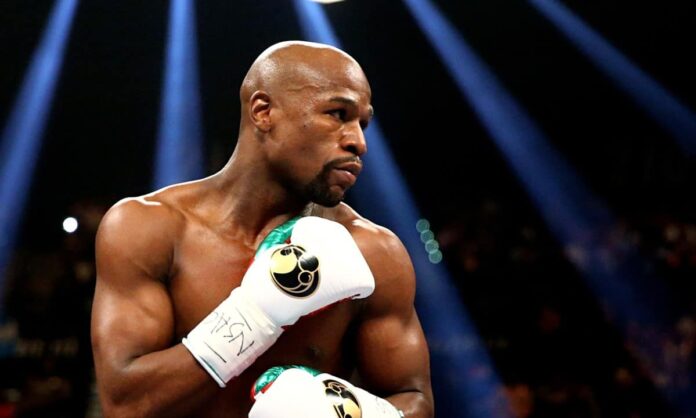 Legendary boxer Floyd Mayweather will be paying for the funeral of George Floyd who was murdered by Minneapolis Police Officer Derek Chauvin on May 25. The unarmed African American man died from asphyxia due to Chauvin leaning on his neck for nine minutes as he pleaded for his life and repeatably told the policeman he couldn’t breathe. Floyd’s death has sparked mass protests and riots across the United States and the wider western world. On Tuesday Chauvin was charged on Friday with third-degree murder and second-degree manslaughter.

TMZ Sports revealed yesterday (June 1) that Mayweather had written the family of George Floyd a cheque for $88,500. The now-retired boxer felt compelled after hearing the CEO of his music label Anzel Jennings grew up with Floyd.

Leonard Ellerbe, the CEO of Mayweather Promotions told ESPN on Monday that the rumours were true but ‘Money’ wouldn’t be happy to hear his generous act has become public knowledge, he said.

“He’ll probably get mad at me for saying that, but yes, [Mayweather] is definitely paying for the funeral. Floyd has done these kind of things over the last 20 years”

Mayweather previously covered the funeral expenses of Genaro Hernandez who he beat to win his first world title in 1998. Hernandez, unfortunately, passed away in 2011 aged 45 after battling cancer.

The 43-year-old has had a tough start to 2020. He lost his ex-partner and mother to three of his children, Jose Harris. Less than a week later his uncle Roger Mayweather who trained him for much of his career died aged 58 and his daughter was arrested for stabbing someone.

Does this act of generosity change your opinion of Floyd Mayweather?