Home Boxing News Kubrat Pulev Admits He May Step Aside For Anthony Joshua vs. Tyson... 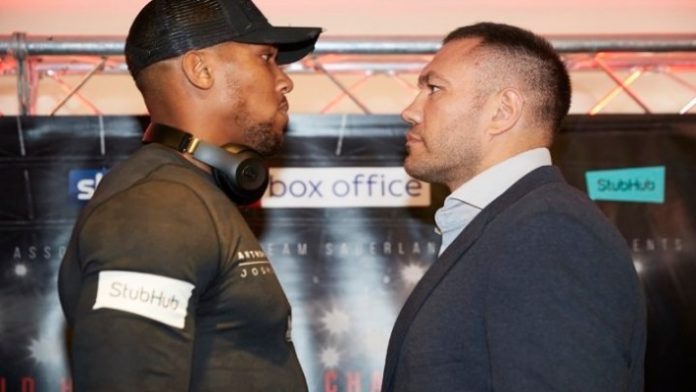 Kubrat Pulev is open to stepping aside to allow Anthony Joshua and Tyson Fury to face off for all the heavyweight belts.

Pulev was to face Joshua on June 20 at the Tottenham Hotspurs Stadium in London, England. Unfortunately, the fight was postponed due to the ongoing coronavirus crisis and is yet to be rearranged.

In the meantime, reports have emerged implying Joshua may be hoping to avoid his IBF mandatory challenger and instead face compatriot Fury in a undisputed fight. ‘The Gypsy King’ would also need to convince former WBC champion Deontay Wilder to step aside in order to make the fight happen.

Speaking to Boxing Scene Pulev insisted he is determined to fight Joshua next and doesn’t want to wait any longer for his shot at the title, he said.

“We have signed contracts for that fight and everything is ready. We worked on this contract for maybe two months and it was not so easy. But now we have this contract and I am ready. I don’t want to wait. I want the title fight with Anthony Joshua and I will beat him really good and get the second knockout against him.

“I am the mandatory challenger and these are the rules. It doesn’t matter who wants to box him or who he wants to box. Anthony Joshua has to box me. I am ready for this fight against Joshua, so I don’t know. Nobody knows. I want this fight,” said Pulev.

The Bulgarian did however seem open to the idea of stepping aside to allow Joshua to fight Fury if this is something on offer, he said.

Do you think Kubrat Pulev will step aside to make way for Anthony Joshua vs. Tyson Fury?