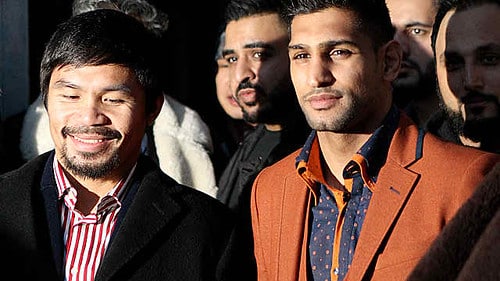 Manny Pacquiao declared his interest in returning to the ring in 2020 with Dubai the most likely location for his next fight. Early suggestions indicate that British boxer Amir Khan could be his next opponent subject to other contract fulfillments. The two have previously discussed a meeting but no firm arrangements have ever been made.

Dubai contest in the pipeline

The Filipino fighter currently holds the WBA welterweight belt, having beaten Keith Thurman by a split decision in Las Vegas back in July, as reported by cnn.com. Thurman had previously gone unbeaten and had a 10-year youth advantage over the 40-year-old.

Pacquiao hinted at the possibility of a contest in 2020 when speaking at the Dubai Sports Council in September. Whether he was just paying lip service to his hosts remains to be seen, but he clearly stated he would like to return to the city to fight, potentially in the newly inaugurated Coca-Cola Arena.

Khan has previously expressed his desire to fight his forming sparring partner, and the two have already discussed the possibility. Back in July, the 32-year-old British fighter wrongly declared that a fight would take place in Saudi Arabia in November, but later retracted his claim and said there had been a misunderstanding.

On the back of Khan’s statement, some bookmakers started taking bets on the outcome, with Pacquiao installed as the clear favorite. Now, boxing wagering fans will be keeping an eye on the news pages for further announcements. Following recent law changes, betting fans in the USA now have more options than ever for boxing betting online, while punters in Canada can find the best betting sites at sportsbettingcanada.org. More odds will be available as soon as the fight is confirmed.

The Bolton-born fighter took just four rounds to stop Australian fighter Billy Dib in their WBC International Welterweight title bout in July as he continued his comeback. He now feels ready to take on one of the sports’ biggest names. It is not the first time a fight between the two has been proposed, with a contest scheduled to take place in the United Arab Emirates back in 2017.

Technically, Pacquiao still has one more fight left on his current contract with Premier Boxing Champions (PBC) and could take on Errol Spence Jr who defeated Shawn Porter in Los Angeles in September to unify the WBC and IBF titles, as covered by theguardian.com. That fight would likely happen in early 2020 before he faces Khan. There has also been talk of a rematch between Pacquiao and Floyd Mayweather Jr following his points defeat to the American in 2015, which became the richest fight in boxing history.

The new home of top-level boxing?

The Middle East is being lined up as the next hot destination for boxing, with further bouts expected to be announced in the coming years. Both Pacquiao and Khan seem keen to hold their future fights in the region with the Philippines-born player also promoting basketball in Dubai, with two exhibitions matches played at the Hamdan Sports Complex back in September.