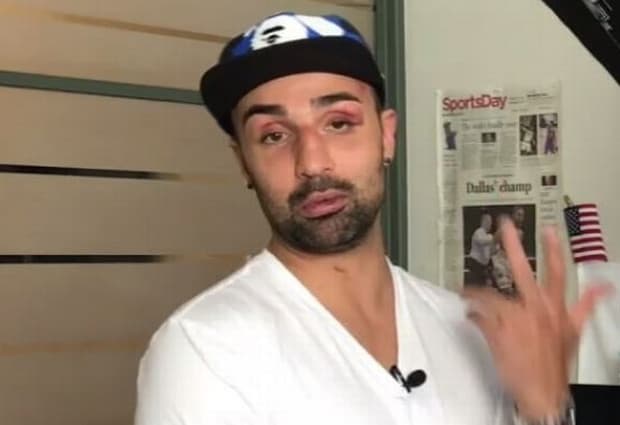 Paulie Malignaggi was handed an indefinite sit on the Bare-Knuckle FC (BKFC) 6 medical suspensions, and it’s no surprise why.

Malignaggi recently took to Instagram to issue a statement on his loss to Artem Lobov in Florida this past weekend. He also shares some photos of his ridiculously swollen hands after the scrap. Here’s what he had to say:

“Life is sometimes about being adventurous and trying new things. Many thought I was crazy for trying my hand at bare knuckle combat and while unfortunately I may not have been born with very durable hands, it is still an experience I get to look back on and say I lived it. People have always had very little expectations of me in my life but I can proudly say I’ve always fought my way to a better life.

“In life we all have obstacles and I’ve always been driven most when faced with adversity. In the end, despite my brittle hands (4 surgeries on my right hand) I have been able to accomplish more as mainly a 1 handed fighter than most fighters accomplish with 2 hands. And I did it with no shortcuts and having fought some amazing fighters, travelled to some amazing places and met some amazing people along the way. You always wonder if as you get older you still have the ability to dig down when things get tough.

“After 2 rounds Saturday night I sat in my corner now knowing I would be a 1 handed fighter for the remainder of this fight and I am proud I continued on and showed myself I still had a willingness to dig deep when faced with adversity as I found myself once again in a familiar predicament of having a damaged hand with a determined opponent across the ring coming to rip my head off yet now I was competing in a new form of combat.

“I assure you its not an enviable position but I’m glad I stayed true to myself as a man and as a fighter in the moment and continued to fight despite having to obviously adjust my strategy. Respect to @rushammerwho always shows up to fight and give his best no mater what day or place or at what weight and respect to him for the fight on Saturday.

“Obviously I feel like I won the fight but that is in no way meant as a disrespect to him. I hope he can take the momentum he gained from this result and make plenty of money for himself and his family in his career . Here are some pics of my hands after Saturday nights fight.”

Following his unanimous decision loss to Lobov, Malignaggi slammed the “bush league” judging for the bare-knuckle contest. He also noted that he’s likely done fighting, although he admitted, had he won, he probably would’ve continued.