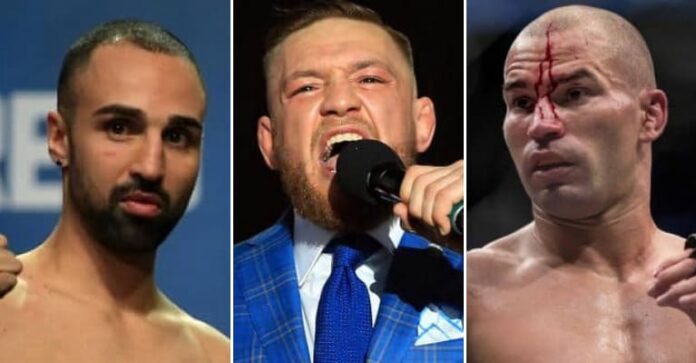 The match-up had a ton of heat heading into McGregor’s boxing ‘money fight’ this summer, as the controversy over a now-infamous sparring session where the UFC megastar supposedly dropped Malignaggi dominated MMA headlines mid-August. It understandably lead to talk of a potential boxing match with Malignaggi, but the momentum all but went away when McGregor was finished by Mayweather.

Tony Ferguson won the interim UFC lightweight title at UFC 216, and it became obvious McGregor simply had to compete in the Octagon, even as Malignaggi recently claimed his manager Al Heymon was in talks to book his coveted bout with McGregor. McGregor’s team has even seemed to have begun to tease a title unification bout with Ferguson, and the always-there trilogy bout with Nate Diaz is well, just that.

However, Malignaggi won’t let it go.

The retired boxer tried to pull out all the stops on Twitter this week in response to a Bloody Elbow article where McGregor’s longtime training partner Artem Lobov, who lost to Andre Fili at last weekend’s UFC Gdansk, was considering a move to boxing and was willing to fight Malignaggi.

In an effort to fight the famed Irishman, Malignaggi offered to fight both he and Lobov on the same night:

I tell you what we could do just so we at least even the stakes, I fight he and Conor in the same night. I'm not even kidding either lol. https://t.co/u9IEivj1Ua

It may seem that it’s a last-ditch effort at getting a big fight no one really wants to watch, and Malignaggi continued to justify the outlandish prospect when someone asked him if he would fight McGregor and Lobov at the same time, referring back to the one-night tournaments of the early UFC where fighters would fight multiple times in a night:

Even the old UFC tournaments gave you time between fights when fighting multiple times in a night. Same platform I stop them both #Boxing https://t.co/JCuNfQb6cx

There’s probably not an athletic commission that would sanction such a pair of match-ups on the same night, but hey, Malignaggi might as well pull out all the stops for one last push for a fight he’s not going to get.

For MMA’s sake, let’s hope he doesn’t, at least.