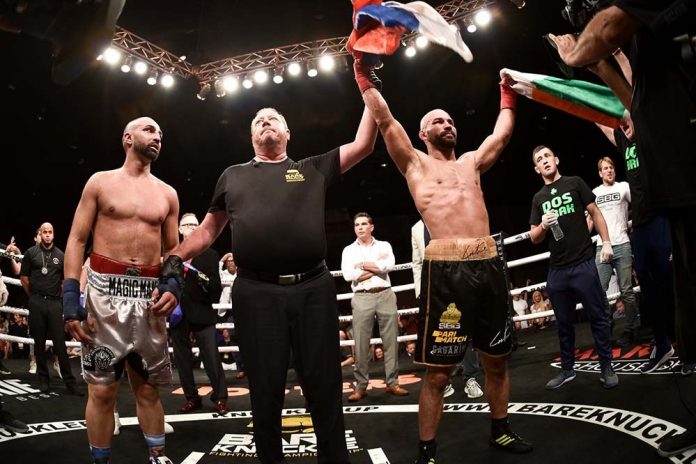 Bare Knuckle FC 6 headlined by Paulie Malignaggi vs. Artem Lobov reportedly did not do as well as claimed by president David Feldman.

The highly-awaited grudge match took place late last month that saw Lobov come away with the unanimous decision victory. Feldman recently told MMA Junkie that the event was trending towards 200,000 pay-per-view (PPV) buys, which would represent a huge success for the promotion.

However, according to MMA Fighting’s Dave Meltzer, it was in the range of 18,000 buys, at least on traditional television PPV. While the event was also broadcast online on FITE TV, Meltzer notes that “it is extremely rare that a pay-per-view event that airs on television does nearly the same number on digital.” The normal number seems to be 15 percent additionally on digital, but even that would be far from the 200,000 estimate of Feldman.

When it comes to Google searches, BKFC did 200,000 searches, which notably beat UFC Greenville which took place the same night. In addition, of the 18,000 buys, roughly 37.5 perecent were from UFC fans who had ordered UFC 235. Roughly 22.6 percent of the number also ordered the September rematch between Canelo Alvarez and Gennady Golovkin.

Feldman has yet to comment on these new PPV estimates, but it would be interesting to hear what he has to say.

Did you expect BKFC 6 to haul in better numbers considering the animosity between Lobov and Malignaggi?