Home Boxing News Teddy Atlas Says If He Were Deontay Wilder’s Trainer He Would Fire... 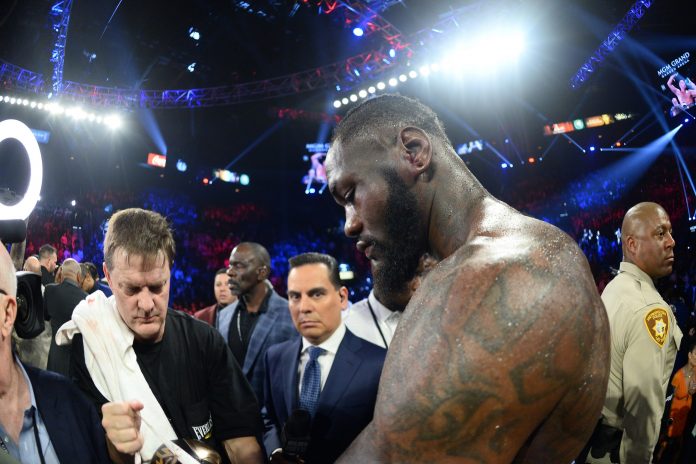 Speaking on his YouTube channel, “THE FIGHT with Teddy Atlas”, he spoke about Wilder’s coaching team for his most recent bout.

“If I was his (Deontay Wilder) trainer i would fire myself”.

“Those things that he never got taught, things he never learned, other than that he had power and that’s not even taught. That’s born, not made. Power. That kind of power in the right hand. Great power and it makes up for mistakes sometimes, It erases a lot of mistakes. But if that’s all you have and you don’t build other things around it. One day you’re going to be in a situation where that’s not enough. And you’re going to pay a price for the things you didn’t learn, you didn’t develop, you didn’t pay attention to, you didn’t get taught.”

Atlas did not seem impressed by the way Wilder had been taught, continuing to offer criticism questioning what changes the team could implement for the upcoming trilogy bout with Fury.

Currently there is no date or location booked for the upcoming trilogy fight, however, it has been rumored to take place in Sydney Australia.

Who do you think will win the trilogy fight between Fury and Wilder?