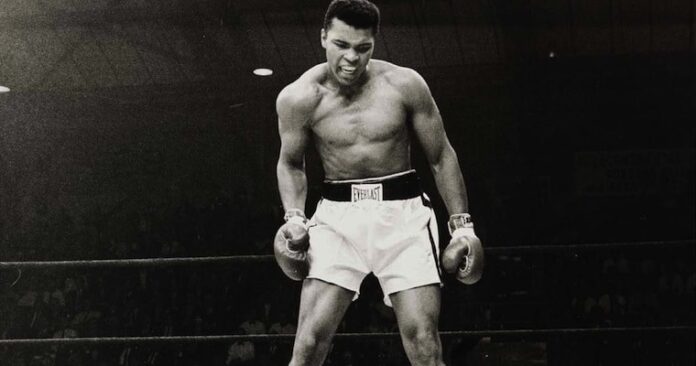 The combat sports community received unfortunate news late last night (June 3, 2016) as it was reported that boxing legend Muhammad Ali had passed away at the age of 74.

The former World Heavyweight Champion transcended not only the combat sports world, but the sports world as well as the world in general like few other. “The Greatest”, as he referred to himself as, was truly a cultural icon.

With that being said, his passing is being felt by the masses, and the mixed martial arts (MMA) world fares no different.

Let’s take a look at how twitter reacted to the passing of a hero:

Rest in peace to my biggest inspiration pic.twitter.com/gqIuuxSpC1

“I hated every minute of training, but I said, don’t quit. Suffer now and live the rest of your life as a champion”

Nobody will ever come close to this mans greatness.
And if they do, they better wake up and apologise. #RIPAli pic.twitter.com/ED2wgignB2

Rip to the champ https://t.co/YKrnRGm8aA

And he really did.. Rest in beautiful peace #MuhammadAli ❤️ peace and love to the family. #legendforever pic.twitter.com/BmKYVlpiYe

Rest in peace, champ. Thank you for inspiring, motivating and changing the game forever. #Ali pic.twitter.com/FqEJR7Hc9z

????RIP one of the Greatest combat athletes to walk the planet! @ Manhattan Beach, LA https://t.co/xn4HQ7gt4H

#RIP to an awesome fighter who was inspiration to many and to me. Thanx for sharing your gift with the world. pic.twitter.com/LTxNrs8GkG

I’m fighting tears as I make this video. Ali gave me hope to believe in myself when no one else… https://t.co/TXi0VxXykI

#RIP To the Greatest https://t.co/OrfcFUIfQy

Today my heart goes out to a pioneer, a true legend, and a hero by all means! Not a day went by… https://t.co/LKl0gI4inf