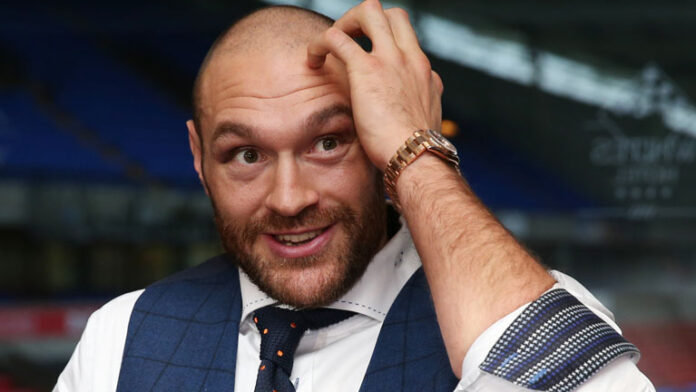 Two events featuring boxing heavyweight star Tyson Fury have been called off due to some threatening graffiti, per the Irish Times.

The events were scheduled to take place in both Dublin and Cork over the next few days. The Irish Times quotes the Garda Press Office, who claims management at Dublin’s Helix, one of the venues for the scheduled events, found threatening graffiti suggesting a “repeat of the Regency shooting”.

For those of you unfamiliar with the Regency shooting, it occurred back in 2016. Armed men wearing masks entered the Regency hotel during weigh-ins for a boxing event. David Byrne, a former training partner of Conor McGregor, was killed in the attack. Two others suffered non-fatal injuries.

Bryne was a suspected high-level member of the Kinahan Cartel, who have been alleged to distribute illegal drugs throughout Ireland. Patrick Hutch, a member of rival gang the Hutch Gang, was charged with Bryne’s murder.

Back in March of 2017, Tyson Fury took a selfie with Daniel Kinahan, who has been accused of running the Kinahan Cartel’s day-to-day operations: