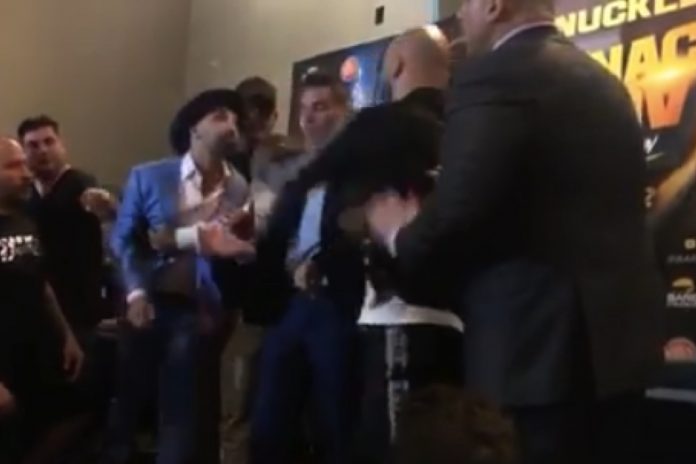 The fighters met up for a press conference today (Mon., May 20, 2019). Not surprisingly, things got a little wild. They tend to when Lobov and Malignaggi get within close proximity of one another.

During a heated staredown where both fighters were being held back, Malignaggi spit right at Lobov’s face when ‘The Russian Hammer’ pointed at him. Check it out courtesy of FightSports on Instagram:

The scene will only add to the heat of their match-up, which is without a doubt BKFC’s biggest fight ever by a wide margin.

Malignaggi has campaigned to fight Lobov’s good friend and training partner Conor McGregor. That rivalry stems from their infamous sparring sessions in 2017. He settled for the next best thing in the GOAT.

Their rivalry will have a full head of steam heading into the fight next month. You can watch the full press conference courtesy of The MacLife below: