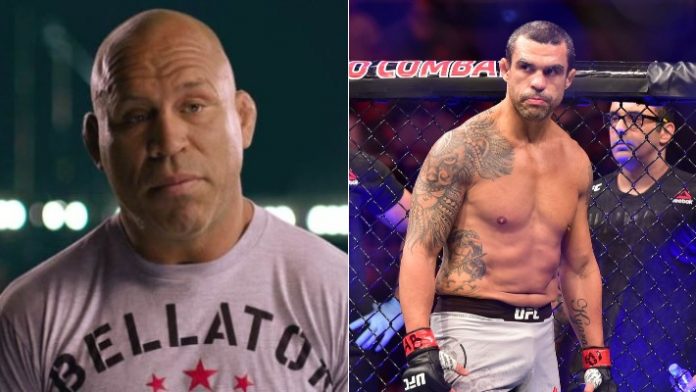 Silva’s first fight is expected to be announced at the promotion’s next event. However, he already has an idea of who he’d like to fight. Speaking to AG Fight about his recent signing with BKFC, Silva called out fellow former UFC star Vitor Belfort for a bare-knuckle brawl.

“I think I have finally found the perfect stage to settle all my beefs in the sport,” Silva said. “You can only use your hands in bare-knuckle boxing. I sent one of the promoters an audio clip, they’re offering quite the amount, an impressive amount of cash, more than what I’m making.

“I told them I really wanted to fight, but against a particular guy. I would accept if I could face Vitor Belfort. Bare knuckles, five two-minute rounds, only boxing. I want to see if he’s a man or if he’ll run. We found the right place to settle one of the sport’s oldest rivalries. What’s up, Vitor? Are you in or are you going to run?”

That fight likely won’t be happening anytime soon, as Belfort is inked to a deal with ONE Championship. Although he signed with the promotion several months ago, he has yet to have a fight announced as of this writing.

What do you think about Silva calling out Belfort to a bare-knuckle boxing bout?